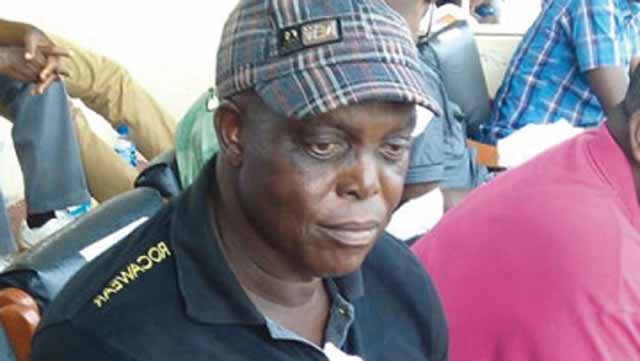 Godwin İzilein, a former coach of the Super Falcons, has commended the tactical discipline of the various national teams at the ongoing 2019 Africa Cup of Nations (AFCON) in Egypt.

The coach, who spoke in an interview with the News Agency of Nigeria (NAN) in Benin on Monday, said this has shown a marked improvement in the development of football in Africa.

He made the remark after two rounds of matches at the tournament, noting that all the teams are not only now cautious of the game, but have also displayed a high tactical approach.

Izilein, however, singled out the Super Eagles and the Egyptian national team as the most impressive, after two rounds​ of matches at the tournament, with Burundi as “the most surprising’’.

According to him, İ see a Nigerian team that is very cautious of injuries and the offensive play of their opponents. What they should now do is to resort to tactical play to avoid mistakes, particularly in the defence and the midfield.

“As for their game against Madagascar, though I do not want to judge them, I must confess that I was ashamed. It was a huge disappointment; I could not believe it.

“Madagascar did not only play better, they were more purposeful. There is no doubt that the Eagles have talented players but they did not play as a team. Even their ball control was zero.

“In spite of that, I must say that with what they played in their previous matches, the Super Eagles have impressed me. I must confess, although people are skeptical about their performance, I am very much impressed with them, unlike before.

“For the Egyptians, though they are old, they have been quite outstanding and they have a world of experience. They need a good team like Nigeria to defeat them.’’

Izilein, who also once handled the Golden Eaglets, stressed that the Burundians have made a point with their play in the ongoing 2019 AFCON.

“They surprised everybody. Their fluidity in the game is because of their tactical approach and the desire not to concede​ many goals,’’ he said.

NAN reports that the Super Eagles of Nigeria, on Sunday evening, lost their final group game 0-2 to Madagascar.