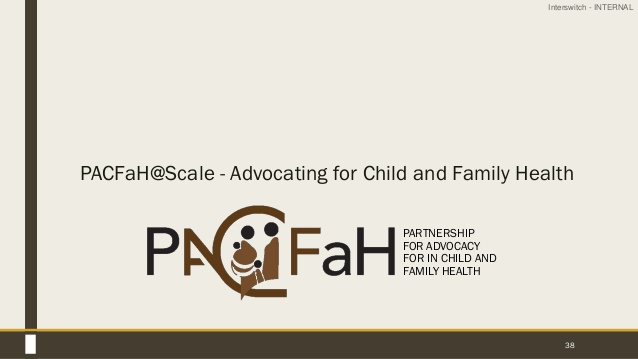 The Partnership for Advocacy on Child & Family Health, [email protected] has on Wednesday appealed to the Nigerian government to prioritize the health sector and implement a budgetary increment to the sector.

The [email protected], a coalition of 23 Nigerian civil society organizations, made the appeal in a statement signed by the Project Director and Vice chairman, Society for Gynecology and Obstetrics of Nigeria, SOGON, Habib Sadauki, in Abuja.

The appeal followed the presentation of the 2020 proposed appropriation bill to the National Assembly as part of the Nigeria’s effort to finalize the annual budget for roll out in January 2020, by President Muhammadu Buhari.

Mr Sadauki said “the timely and full release of budget for the sector will ensure efficient and effective utilization of budgetary allocations to capital expenditure of the health sector.

This, he said would contribute to equipping; repairing; revamping and making fit for purpose the country’s overburdened and failing health infrastructure.

While praising the Federal government for the early submission of the 2020 budget to the National Assembly, the coalition raised its concerns about the ability of the estimates to address the health needs of Nigeria’s almost 200 million-strong population.

The [email protected] said it observed that over the last decade, the utilization of capital expenditure in the health sector has been poor, making it difficult for the country to achieve the objectives of such budgetary allocations.

However, the amount released was N21.62 billion, a mere 15.3 percent of the total capital expenditure for the health sector.

“The sum of N8.27 billion had to be returned to the treasury, although sources in making the analysis were drawn only from official government,” the statement sated.

The [email protected] however lamented that this pattern of appropriation, non-release and return to the treasury of public funds meant for the health sector has been happening over the past years and not new to this current government.

“For instance, in 2012, the total capital allocation to the health sector was N60.92 billion, out of which only N45 billion was released.

“From 2009 to 2018, the story has not changed because the country’s budget lifecycle did not allow for proper utilization of budgetary allocations to the health sector. In some cases, capital projects are not properly executed,” it said.

The statement further stated that it is saddening that despite the Federal Government’s signing of the Abuja Declaration in 2001 promising to spend 15% of the annual budget on the health sector, NO GOVERNMENT has achieved more than 6%.

It added that the present situation with no equipment and supplies to work with would only frustrate medical professionals hence pushing them to look overseas for a more enabling professional environment.

Federal facilities with sub-optimal standards will set a bad example for states governments being called up to implement the Primary Health Care Under One Roof Policy.

This, the [email protected] said is the country’s present situation, but should not be the future.

The [email protected], while noting recent pronouncements of commitment made by the Federal Ministers of Health, Dr Osagie Ehanire, and Senator Adeleke Mamora, said it is extending a hand to help strengthen evidence-based health policy-making.

This it said would help improve the health sector while shadowing and tracking the performance of the Ministers on making good their commitment, thus improving leadership and efficient management in the health sector.

It therefore called on lawmakers to ensure early passage of an adequately funded health sector line within the annual budget.

It also urged the lawmakers to discharge their constitutional responsibility of effective supervision of health sector budget implementation.