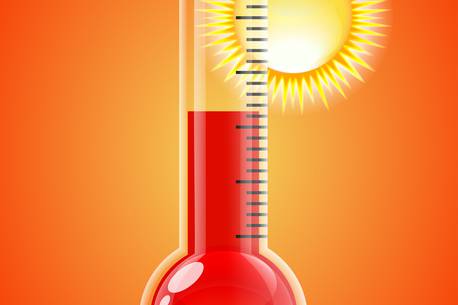 Thousands of schools have been closed and sporting events cancelled on Friday as France records its highest-ever temperature, 44.3 degrees in heat wave.

The high temperature was recorded in Carpentras, near the Rhone Valley city of Avignon, and in one of four French departments that are on the country’s first-ever official red alert for dangerous heat.

The heat wave that reached a high temperature of 44.1 degrees was also recorded in the south, during an August 2003 heat wave that caused some 15,000 excess deaths in France and 70,000 across Europe.

Prime Minister Edouard Philippe called on the public to act with a “sense of responsibility’’ during what he said was an “exceptionally early and exceptionally intense’’ heat wave.

Some 4,000 French schools will remain closed on Friday and the government will host families escaping the heat, Philippe said.

The cities of Marseille, Nimes and Montpellier as well as Avignon and the lower Rhone Valley are among the areas covered by the red alert.

Most of the rest of France is on orange alert, the middle of three official alert levels for dangerous weather events.

“Heat waves lead to avoidable deaths because the heat, the tension sometimes, makes people take risks,’’ Philippe warned, adding that the rate of drowning had risen to one per day.

Motorway operators have been instructed to distribute water and to provide advice to travellers in French and English for the sake of tourists, he added.

State railway company, SNCF has advised passengers to put off travel and is offering to exchange or reimburse tickets valid until Sunday without charge.

Myanmar’s military authorities have recalled at least 100 diplomats from its missions in 19 countries in the wake of a controversial speech by the Asian country’s envoy to the UN, U Kyaw Moe Tun, an official said.
Read more
World