5 students to represent Nigeria at Global Robotics Olympics in Dubai 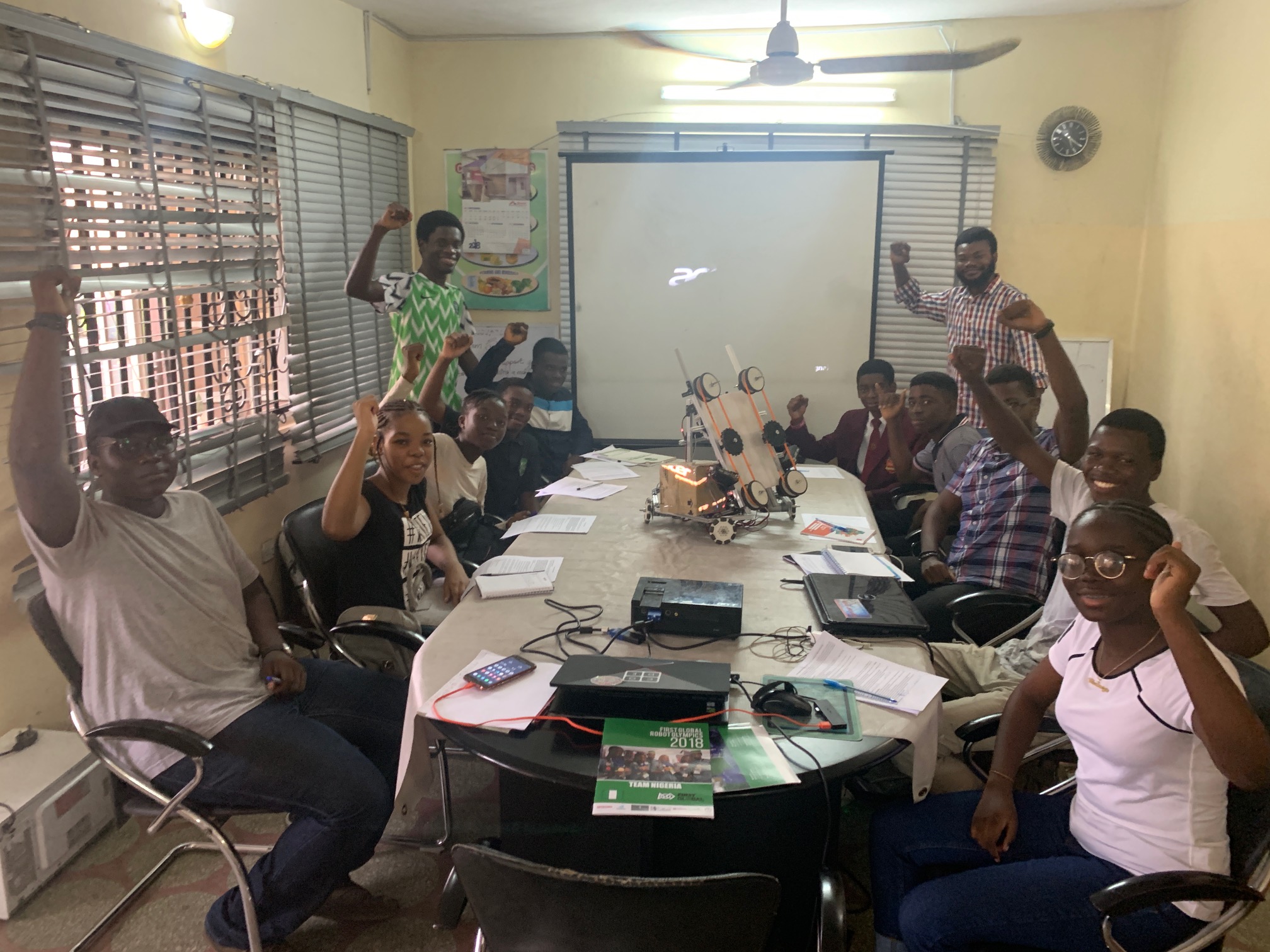 Five Nigerian students drawn from secondary schools across the country have been selected to represent Nigeria at the next First Global Robotics Olympics, GRO, in Dubai in October.

Remi Willoughby, Chief Executive Officer, Roboglobal Educational Consulting, made this known in a statement in Lagos on Monday.

Mrs Willoughby, also National Coordinator of the programme, said that the students were selected during a try-out session with over 50 secondary schools and over 200 students.

Mrs Willoughby said that in Africa, children that could think and collectively find solutions to their problems were needed.

“By guiding these children to develop the skills to be critical thinkers and problem -solvers, Africa and indeed Nigeria, will learn to solve its own problems by itself.

“This is the only way we can compete evenly in a technology driven world,’’ she said.

The News Agency of Nigeria reports that this year’s edition would be the third edition of the GRO, founded by a philanthropic inventor, Dean Kamen.

It was founded to inspire a passion for science and technology leadership and innovation among the world’s more than two billion youths.

This year’s theme ‘Ocean Opportunity’ draws attention to the critical issue of ocean pollution to educate everyone on the need to take action to preserve oceans and wildlife.

The theme promotes collaboration and cooperation among teams, to solve some of the world greatest problems.

Each team will be required to build a robot that will join forces with other robots from other teams to eliminate pollution from the ocean.

The Managing Director, Aramex Nigeria, Faisal Jarmakani, said that the continuous sponsorship of the First Global competition was a testimonial of the belief in Nigeria and the Nigerian youth.

“As a nation with a growing youth population, this platform will further catalyse our potential to solve our own problems and some of the world’s greatest challenges using technology,’’ Jarmakani said.

According to him, this is the third consecutive year we are sponsoring Team Nigeria and we have seen remarkable outcomes in the lives of these students and champions.

“Majority of them (youths) have received scholarship opportunities to top universities in Nigeria and abroad. We believe they will use the knowledge acquired to shift the needle on economic technological advancement,’’ he said.

Jarmakani, Co-Sponsor of the First Global Robotics Olympics, said the decision to co-sponsor the project with his brother, Omar Jarmakani, was based on the need to encourage Nigerian youths to embrace technology and robotics.

NAN reports that pending the commencement of the competition in October, selected students will be taught the rudiments of robot design.

This will be done through tutorials in mathematics, physics and engineering including programming, especially using Java, carried out by competent instructors.

Nigeria placed 25th of the 163 teams from 157 countries and 3rd from the 41 African countries in attendance at the first-ever First Global Olympics in Washington DC, USA in 2017.

GRO provides the framework for an Olympics-style robotics event that drives home the importance of obtaining the Science, Technology, Engineering and Mathematics, STEM, skills needed by future leaders to overcome the greatest challenges facing the world.