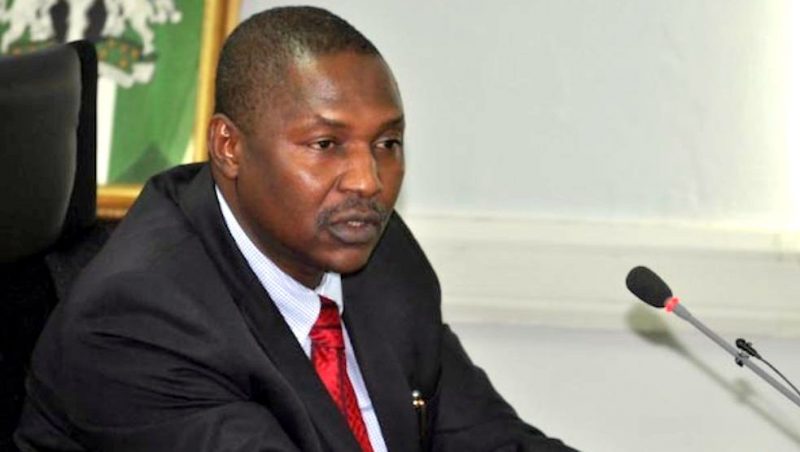 A Federal High Court, Abuja, on Friday, dismissed a suit filed against the Attorney General of the Federation, AGF, and Minister of Justice, Abubakar Malami, and others, challenging the appointment of a consultant to monitor the spending of the $311 million repatriated loot of the former Head of State, Sani Abacha.

Justice Inyang Ekwo, in a judgment, held that the suit lacked merit as there was no credible evidence to support the case.

“I have said that this court is deciding this case upon its peculiar facts and circumstances.

“This type of action is such that must succeed on its own strength and not on the weakness or failure of the defence.

“I can safely say at this point that I am unable to ascribe probative value to the documentary evidence in this case.

“My finding therefore is that there is no credible evidence to support this case and it fails and I so hold.

“I make an order dismissing this case for lack of credible evidence.

“This is the judgement of this court,” Justice Ekwo ruled.

The claimants, through their counsel, Daniel Bwala, had sued the AGF and Minister of Justice; the Permanent Secretary, Federal Ministry of Justice, Dayo Apata, SAN (Chairman, Ministerial Tenders Board); and Bureau of Public Procurement, BPP, as 1st to 3rd Defendants respectively in the matter.

In a writ of summon marked: FHC/ABJ/CS/1449/2020, the claimants prayed the court to declare that their disqualification “by the defendants as communicated via a letter dated July 28, 2020, wherein the claimants Technical/Financial Bids submitted were not adjudged responsive due to the fact that the lead partner is not a registered Civil Society Organization (CSO) is wrongful, illegal and void.”

They averred that having satisfied the requirement of the Request for Proposal (RFP) in respect of the monitoring of the implementation of the tripartite agreement for the sharing, transfer, disposition, repatriation, and management of forfeited assets and the entire bidding process, they urged the court to declare that the procuring entity can no longer disqualify their technical bid after the pre-qualification of the technical and issuance of letter of invitation for financial bid opening.

They also sought a court declaration that their disqualification “based on a petition by one of the bidders without confronting the claimants with the petition is against the principle of fair hearing” among others.

The plaintiffs, therefore, sought an order of the court, “setting aside the decision of the procurement panel adjudging the claimants technical and financial proposal as non-responsive.

“An order directing the defendants to issue a letter declaring the claimants as the winning bidder, and invite the claimants for negotiation, haven achieved the highest combined technical and financial score and therefore emerged the winner of the bid.”

They also prayed the court to award the sum of fifty million naira as the cost of the suit, and the 10 per cent of the Judgment sum to be awarded by the court per annum till the liquidation of same.

They averred, among others, that the 1st claimant is a registered business name in Nigeria with the Corporate Affairs Commission (hereinafter referred to as CAC) who is into consultancy services for infrastructural procurement, financing and development activities.

NAN reports that the court had, on Jan. 27, ruled that it would give an accelerated hearing to the suit.

The court warned the parties not to do anything to frustrate the subject matter of the suit.

The applicants, which claimed to be better qualified as the monitoring consultant, had challenged the choice of CLEEN Foundation to execute the contract.

The defendants, in their notice of preliminary objections, challenged the jurisdiction of the court to adjudicate on the matter, urging the court to dismiss the suit

NAN reports that about $311 million of Abacha loot was repatriated from the United States of America and Bailiwick of Jersey to Nigeria in February 2020.

Part of the conditionalities for the release of the fund to Nigeria was that the spending which must be on agreed public projects must be monitored by independent bodies.

In line with the tripartite agreement between the governments of Nigeria and the two foreign countries, the Federal Government earmarked the money for three landmark projects – the 2nd Niger Bridge, the Abuja-Kano Expressway, and the Lagos-Ibadan Expressway.

It also set up a bidding process among 17 organisations which showed interest in monitoring the spending of the fund.

On Dec. 24, 2020, the office of the Attorney-General of the Federation (AGF), announced that a civil society organisation, CLEEN Foundation, won the contract.

But one of the bidders, the PPP Advisories Consortium, through its suit filed before the outcome of the bidding process was made public, had challenged the selection process.

The claimant in the suit filed on Nov. 3, 2020, maintained that it was denied the contract despite that it secured the highest combined technical and financial scores in the bidding exercise.

It contended that the Federal Government arbitrarily disqualified it and “recommended the firm that came 4th (CLEEN Foundation) as the preferred bidder to be awarded the contract.”

It added that the Federal Government chose to award the contract to CLEEN Foundation “which got the least combined technical and financial score among the four prequalified consultants.”