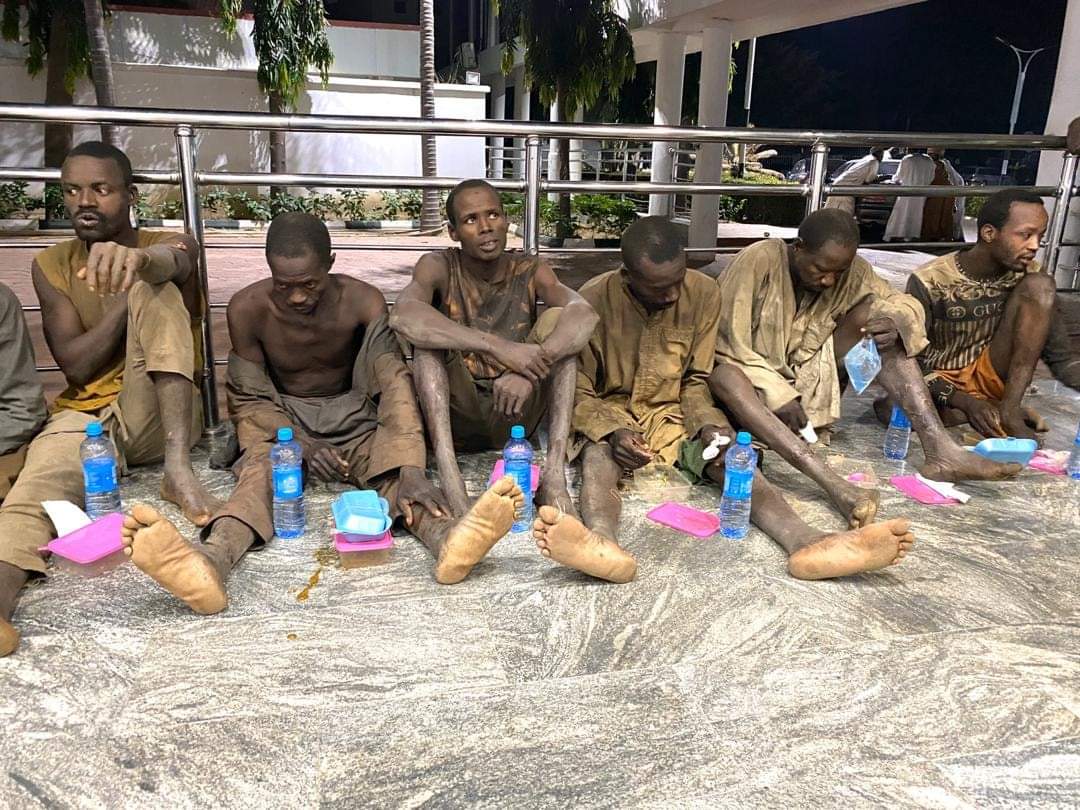 Governor Bello Matawalle of Zamfara State has yet again secured the release of 11 more kidnap victims abducted in Bukkuyum Local Government Area of the state.

Governor Matawalle’s Press Secretary, Jamilu Iliyasu Birnin-Magaji, in a statement on Sunday, said the victims were released without paying any ransom but courtesy of the administration’s carrot and stick initiative in the state.

Read the full statement below :

His Excellency The Executive Governor of Zamfara State Hon Dr Bello Muhammed MON (Matawallen Maradun) has again facilitated the unconditional rescue of 11 kidnapped victims without paying any ransom but through the carrot and stick initiative of his Administration in the state.

Governor Bello Muhammed Matawalle received the rescued kidnapped victims yesterday night at the Government House, Gusau in furtherance to his carrot and stick approach to ensure lasting peace and tranquility in all parts of the state and beyond.

The victims, 10 males and a female are from Bukkuyum local Government Area of the State.

While receiving the kidnapped victims, Governor Bello Matawalle assured that his Administration will not rest on its oars until total peace is achieved in all parts of the state.

The Governor explained that the peace accord and reconciliation process with repentant bandits will be sustained in the state, while those unrepentant ones will face the full wrath of the law.

The Matawallen Maradun directed that the victims should be taken to the Hospital to ascertain their Health status before their final release to their respective families.

Earlier while presenting the kidnapped victims to the Governor, the State Commissioner of Security and Home Affairs, Alhaji Abubakar Muhammed Dauran told the Governor that the victims were released as a result of the Governor’s peace initiative and following a stakeholders meeting summoned by Governor Matawalle with all the critical stakeholders from Bukkuyum local Government Area which held on Thursday.

The rescued victims expressed delight and boundless gratitude to Governor Bello Matawalle whom they described as the peace maker and bridge builder between all the categories of people in the state.

The rescue of the victims who hail from Bukkuyum local Government is coming just few days after Governor Matawalle held a meeting on security with all the critical stakeholders from the local Government Area in order to further discuss avenues of achieving peace and harmony.

The victims were received in the presence of some members of the National Assembly from the state that included Senator representing Zamfara Central Senatorial District, Senator Hassan Muhammed Nasiha, and his counterpart of Zamfara West Senatorial District, Alh. Lawal Hassan Dan Iya Anka, as well as some senior Government officials.

A Non-Governmental Organization, Patriots for the Advancement of Peace and Social Development, PAPSD, has condemned the no-fly-zone order imposed on Zamfara State.
Read more
News

The Zamfara State Government has denied reports that 40 persons were killed in a bandit attack at Ruwan Tofa village of Maru Local Government Area of the state.
Read more
Headline

The Zamfara State Government has disclosed the arrest of an Army officer and his girlfriend who engaged in assisting bandits with Military uniforms and ammunition in the state.
Read more