Akwa United players celebrating their victory at the 2015 FA Cup. 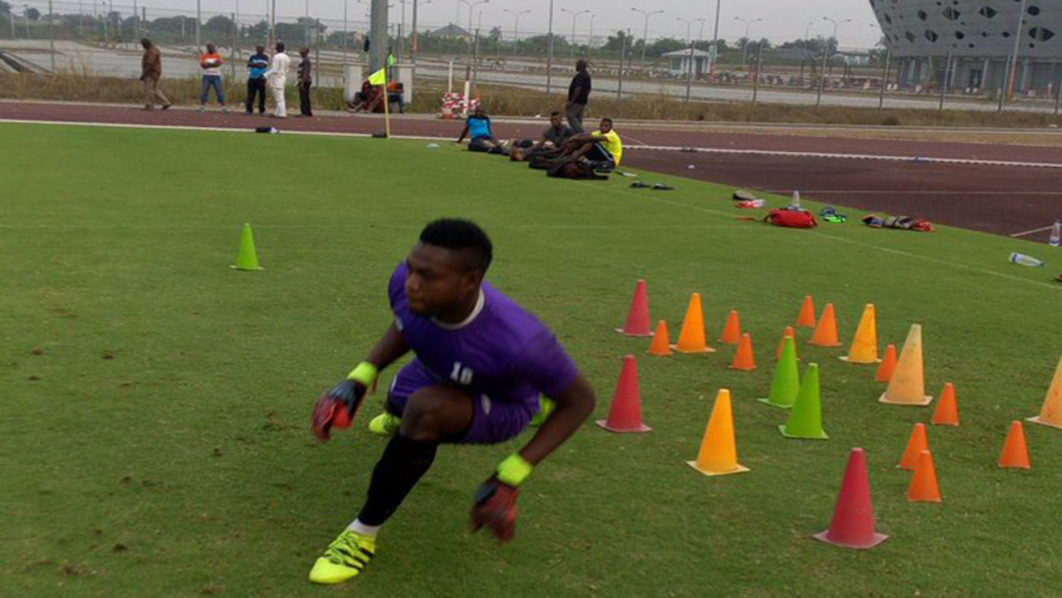 Awka United players earlier in the month during a training session. Photo: twitter.com/AkwaUnited_fc

Coach Abdu Maikaba of Akwa United FC has said that he was happy over the team’s second home victory, after they beat Yobe Stars at the Match Day Two of the Nigeria Professional Football League (NPFL) held at the Godswill Akpabio International Stadium in Uyo at the weekend.

“We are happy we won the match. We should have done better than that. We created many chances and should have scored at least three to four or maybe five goals against Yobe Stars today.

“We need to continue working on our finishing and we believe before long, we will get everything working for us. Our focus now is on the next game in midweek,” he said.

The win over Yobe Desert Stars was Akwa United’s 14th straight home win in the NPFL. The last time they failed to record victory was against FC IfeanyiUbah last season.

Newly signed striker, Victor Mbaoma opened his goal scoring account for the Promise Keepers in the 30th minute when he volleyed in Aniekeme Asuquo’s delectable cross.

The home team doubled their lead two minutes later through midfielder, Michael Ibe, who tapped in Kodjovi Dadzie’s excellent cross from the left for his first goal of the season.

Coach Abdu Maikabas’ men had couple of good opportunities to score even more goals in the first half, but they were kept at bay by the resolute defense of the visitors from Yobe.

The Promise Keepers went into the break with a deserved 2-0 advantage.

On resumption, the home team added more firepower to their game and forced the visitors back to their own half for much part of the game but only failed to increase the score line because of poor finishing by the front men and some eye-catching saves by Yobe Stars’ goalkeeper, Itodor Akor.