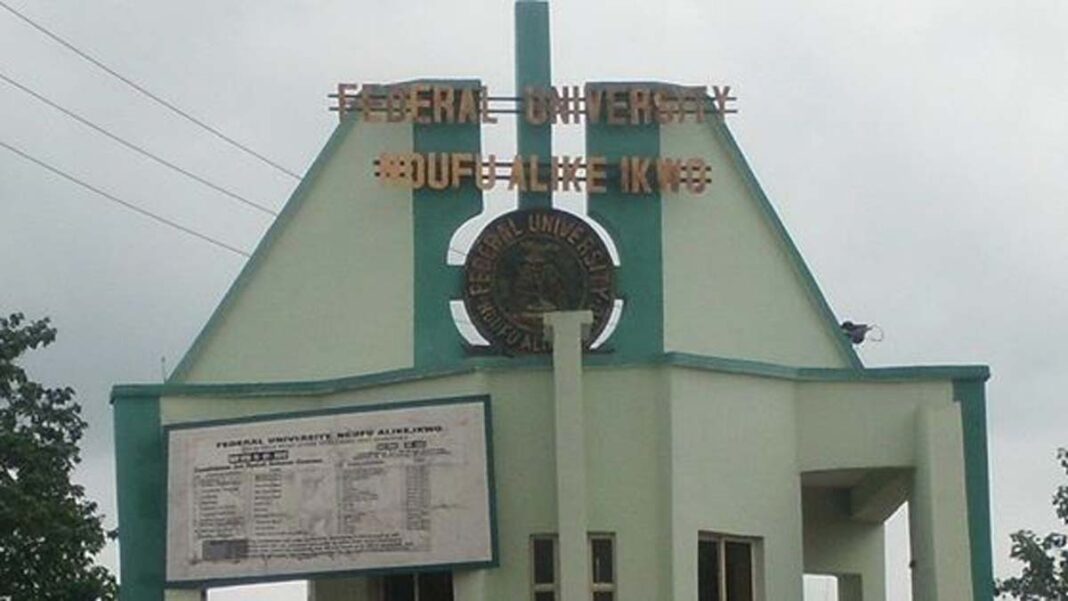 The Management of Alex Ekwueme Federal University Ndufu-Alike in Ikwo Local Government Area of Ebonyi, says it does not condone any form of criminality among lecturers, especially the act of rape.

Recall that the Police Command in Ebonyi had on Sunday arrested a lecturer, Prof. Felix Anyaegbunam with the university, who allegedly defiled a minor.

It was alleged that the professor had been sexually violating his 13-year-old house-help, who hails from Ezza North Local Government Area of Ebonyi.

A statement issued by the university’s Public Relations Officer, Ikechukwu Elom to reporters in Abakaliki on Tuesday, said the school “is a serious public institution guided by the core values of excellence, integrity and does not condone any form of criminality.

“The attention of the Management of Alex Ekwueme Federal University Ndufu-Alike, Ebonyi has been drawn to the news making the rounds in both the traditional and new media about a lecturer in the university alleged to have sexually molested a minor and house-help.

“We wish to state as follows that the school management is yet to receive official report or complaint on the alleged crime; will act accordingly as soon as such report is made.

“Contrary to media report, Anyaegbunam is not a Professor of Geophysics in our university, but a senior lecturer in the Department of Physics,” Mr Elom explained.

NAN recalls that the Police spokesperson in the state, DSP Loveth Odah had said that the suspect was in their custody.

According to Mrs Odah, the Commissioner of Police, Aliyu Garba has ordered discreet investigation into the matter as the medical screening of the victim is being awaited,” she said.