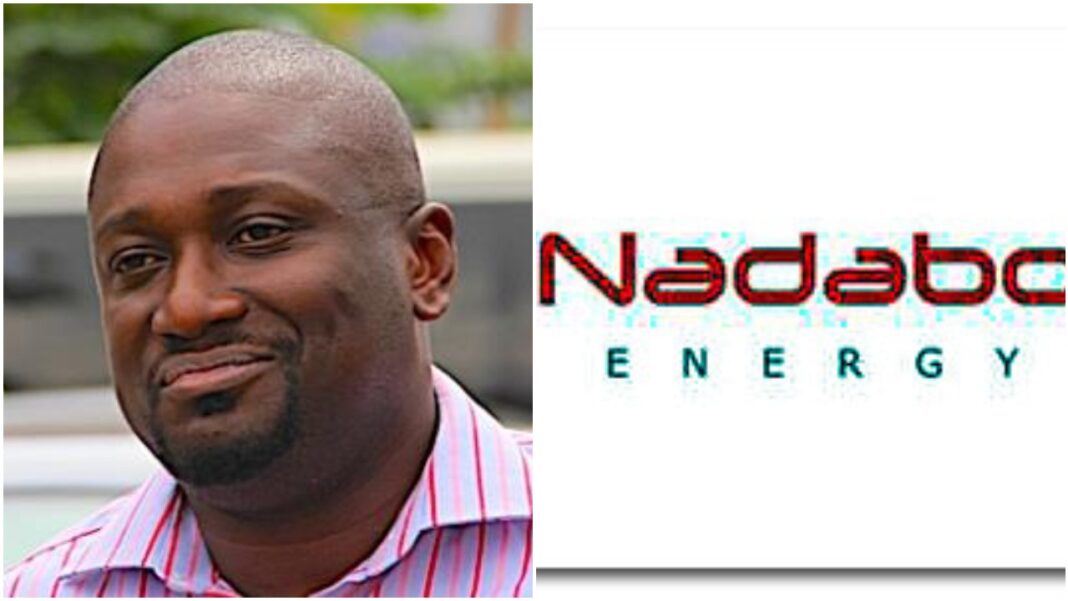 The ongoing trial of Abubakar Ali Peters and his company, Nadabo Energy Limited, for alleged N1.4billion fraud, before Justice C.A. Balogun of the Lagos State High Court sitting in Ikeja, Lagos continued on Tuesday with the Court admitting in evidence all the documents tendered by the prosecution against the defendants.

Mr Abubakar and his company are being prosecuted by the Economic and Financial Crimes Commission, EFCC, for allegedly using forged documents to obtain N1,464,961,978.24 from the Federal Government as oil subsidy, after allegedly inflating the quantity of Premium Motor Spirit, PMS purportedly imported and supplied by the company.

Releasing a statement, the EFCC spokesperson, Wilson Uwujaren, said they pleaded “not guilty” to the charges preferred against them.

The prosecution counsel, S.K. Atteh, had, at the sitting on March 10, 2021, sought to tender correspondences between the EFCC and Petrocam Trading PYT Limited as well as the Corporate Affairs Commission, CAC, in relation to the alleged fraud.

He had sought to tender them through the Executive Chairman of the Economic and Financial Crimes Commission, EFCC, Abdulrasheed Bawa, who is the fifth prosecution witness and the lead investigator.

The defence team, led by E.O. Isiramen, had, however, raised objections to the admissibility of the documents, citing several authorities, including Section 83 of the Evidence Act.

He had argued that the documents sought to be tendered were being brought to the knowledge of the defence, during the pendancy of the trial, several years after the case had already commenced.

“The defence should not be taken by surprise,” he had said.

In his response, Mr Atteh had cited several authorities, arguing that, “the difference here is that the documents were not just created by the time they were included as additional proof of evidence”.

Delivering ruling today, Justice Balogun dismissed the objections raised by the defence as lacking in merit.

With regard to the correspondence between the EFCC and Petrocam, Justice Balogun held that “The documents sought to be tendered were already in existence before this case was filed.

“Petrocam only gave documents of what already took place to the EFCC; and so, there is no surprise for the defence.”

On the objections raised to the admissibility of the correspondence between the EFCC and the CAC, the Judge reminded the defence of its ruling on February 2, 2021 on a similar argument still being canvassed.

The judge said: “The Court is still bound by its ruling in relation to certifying officers and payment for certification and shall abide by its earlier ruling. And so, in the circumstance, the objection is overruled.”

Thereafter, the letters of investigation activities written by the EFCC to Petrocam and the CAC as well as the responses from the two agencies were admitted in evidence against the defendants as exhibits O4, O5 and O51.

Testifying further, Mr Bawa told the Court that the correspondences were thoroughly studied in the course of investigation.

He also told the court that the correspondences further unearthed several activities embarked upon to defraud the Federal Government in fuel subsidy funds.

He said: “We studied the responses from Petrocam and found out that, contrary to the claim of the defendant that Ashland Energy SA was the supplier, it was Petrocam Trading PYT Limited that supplied about 4,500MT equivalent to about 6.5million litres of PMS as against the claim of about 14,000MT of PMS equivalent to about 19.8million litres purportedly supplied by the defendant.

“The response also confirmed to us that the Letter of Credit (LC) No. SPG/DLC/11/0013 is actually in favour of Petrocam and not Ashland Energy as claimed by the defendant’s purported documents.

“The correspondence with the CAC”, he said, “confirmed that Abubakar was among the shareholders and directors of the company, and that indeed the company was duly registered.”

In furtherance of the investigation, and a fallout of the correspondence with Petrocam, Bawa said letters of investigation activities were sent to Enterprise Bank Limited, requesting to be furnished with the copies of instruments used for the utilisation of certain funds in the account of the first defendant.

He further said: “The bank received our original letter, acknowledged the copy and accordingly responded to our letter in writing, attaching copies of the requested documents.

“We equally wrote another investigation letter to Skye Bank Plc for copies of the account opening documents and the statement of account of the first defendant.

“The bank duly acknowledged receipt and also responded in writing, attaching all the requested documents as well as Certificate of Identification.

“We studied the statement of account and found out that the said account is the account that received the subsidy payment of more than N1.4billion on 4th April 2012 in favour of the transaction in the matter before this honourable court.”

According to him, further analysis indicated that “the entire subsidy payment received was utilised by the defendant, including a huge transfer of N850million to Enterprise Bank, which we found out to be for the liquidation of the LC raised in favour of Petrocam for the actual transaction that took place.”

He further testified that “then Spring Bank was approached by the defendant to finance the said importation.

“The bank agreed and raised the Letter of Credit valued at $4.8million In favour of Petrocam.

According to him, investigation showed that the defendant reached out to one Mr. Jide Offor Akpan of International Maritime and Shipping Ltd, who helped to charter MT St Vanessa, adding that “It was the same vessel that received 6.5million litres on 2nd December 2011 from Petrocam based on the LC that was raised.

“We found out that Q & Q Control Services Limited was engaged by the defendant to witness the ship-to-ship transfer of 6.5million litres or about 4,500MT of PMS from MT Eviridiki into MT St Vanessa.

“We also found out that St Vanessa only picked products from MT Eviridiki on 2nd December 2011 of 6.5million litres and discharged the same on behalf of the defendant at Masters Energy depot in Port Harcourt.”

According to him, the findings were contrary to the claims in the documents submitted by the defendant to the Petroleum Products Pricing and Regulatory Agency, PPPRA.

Thereafter, Mr Atteh sought to tender the correspondences between the EFCC and Enterprise Bank as well as Skye Bank.

Following the arguments by the defence and prosecution, citing several authorities, Justice Balogun adjourned till December 7, 2021 for “ruling and continuation of trial”.