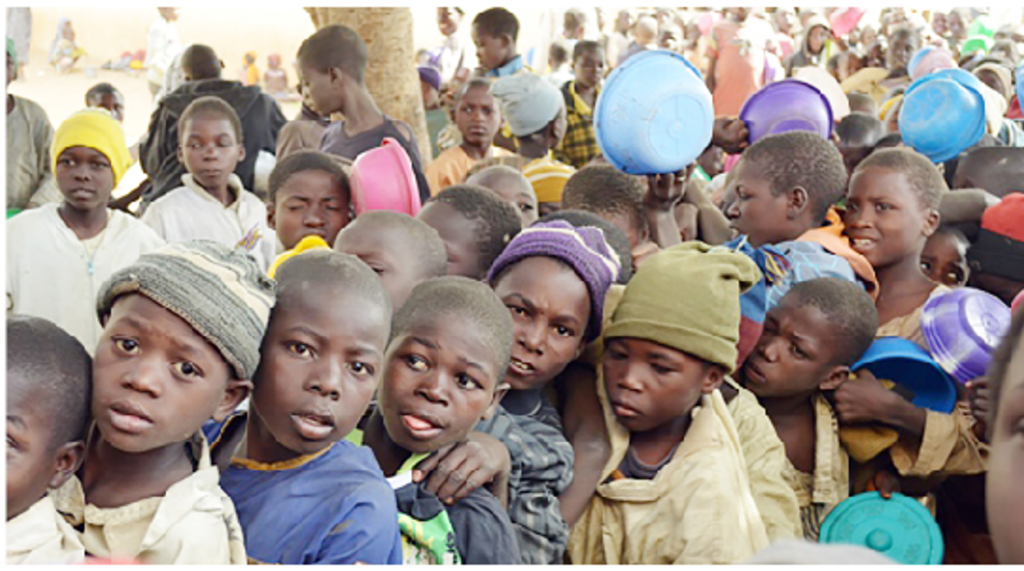 As the At-Risk Children Programme, simply known as ARC-P, sets out to create a benign environment for Nigeria’s vulnerable and out-of-school kids, it’s also tasked with the challenge of reprogramming the minds of its targets and engaging with stakeholders. An initiative of the Buhari-led government under the supervision of the Office of the Vice President, ARC-P offers to restructure the Almajiri system, educate and train vulnerable children and offer them a future where they compete fairly with advantaged children across the country.

In doing so, the programme has established a partnership with the MacArthur Foundation and the Centre for Democratic Development, Research and Training (CEDDERT) to run effective advocacies and awareness campaigns ahead of implementing devised solutions across Nigeria, especially the Northern region which accounts for the grossly abused Almajiri practices.

What ARC-P intends to accomplish is based on a policy framework that requires thorough social engineering to implement. The Almajiri system of education was once a glorious aspect of the Islamic education system in the North and, over the years, the system has thrived because of the people’s attachment to Islamic education and distrust of the Western education model introduced through British colonialism. The failure of past policies formulated to check the excesses of the Almajiri system has been attributed to a lack of trust by stakeholders and inadequacy of sensitization campaigns by the policymakers.

ARC-P’s partnership with MacArthur Foundation and CEDDERT, therefore, is inspired by the need to inform and gain the trust of policymakers in the areas of proposed interventions. It’s not enough to offer fancy ideas to reform the Almajiri system, the stakeholders remain the driver of the programme, and so the partnership aims to ensure sustainability and success of the proposed reforms.

In the 1970s, when the military government rolled out the Universal Primary Education (UPE) programme to enforce free primary education across the country, it also took over several Almajiri schools and formed a partnership to have their Islamic education curricula integrated with secular curricula. As promising as this initiative was, it lacked monitoring and evaluation mechanisms to track and enforce implementation and cogent social engineering to inspire interests among stakeholders. UPE failed to achieve its aim and so the Almajiri schools targeted for the programme were abandoned and the promises of funding and modernizing them made by the government were unfulfilled.

Such history of past policy setbacks necessitates the partnership with MacArthur Foundation and CEDDERT to hold stakeholders engagements in critical states and introduce stakeholders to the objectives of ARC-P, and how it does not hinder the acquisition of Islamic education while offering at-risk children opportunities to be formally educated and empowered to function in the organized labour market.

Such advocacies to transform the attitudes, perceptions and behaviour of stakeholders, especially caregivers and gatekeepers of the children at risk, are intended to ensure that caregivers prevent the kids from falling out of family care and also guide their reintegration into their communities. The strategic stakeholder engagement is also strengthened by sensitization drive and availing means livelihood to incentivize the stakeholders while aiding state and local government authorities to set up social and welfare services and social protection agents.

With MacArthur Foundation and CEDDERT, ARC-P has embarked on necessary stakeholders engagement on Almajiri reforms in Northern Nigeria and has held sessions for Kaduna, Niger, Sokoto, Kebbi, Gombe and Borno States. By identifying the wisdom of engaging with religious and traditional leaders as key implementation and monitoring partners, the programme has eliminated the possibility of rebellion and suspicion by communities hosting the Almajiri schools targeted for strategic reforms.

Even though the programme is a brainchild of the federal government and headed by the Special Adviser to the President on Social Investment, Hajiya Maryam Uwais, from the Office of the Vice President, it’s structured to allow state and local governments to take charge and ensure implementation. ARC-P has signed MoUs with the state governments committed to implementing the programme plans and aiding in capacity building of relevant agencies at federal, state and LGA levels, including the ARC-P federal team and master trainers. The programme is also structured to drive accountability and transparency in both operations and funding.

Indeed, ARC-P is a timely intervention in a country with about 13 million kids out of school, and with the majority of them left at the mercy of under-utilized and poorly-structured Almajiri schools. With mass poverty that rippled through the country in the past decades, the system became overburdened as more parents sent young children to schools and with no means to support the kids financially. Unfortunately, these kids never got the opportunities to attend conventional schools and, thus, suffered for their lack of employable skills and education thereafter.

In the areas of operations and funding of designed initiatives, ARC-P is being supported by the United Nations Development Programme (UNDP) and the United Nations International Children’s Emergency Fund (UNICEF). Wary of the drug epidemic across the country, the programme is also benefiting the United Nations Office On Drugs and Crime (UNODC) and the National Drug Law Enforcement Agency (NDLEA) to prevent drug abuse among beneficiaries. But, to achieve this, massive advocacy is required to reassure all stakeholders of the sincerity of purpose that propels this intervention.

So, this partnership to drive massive social engineering across the states targeted for the implementation of the child protection and empowerment programmes designed by ARC-P is a brilliant mastering of the psychology of the communities. Either basic literacy and numeracy or entrepreneurship, digital skills or sports, a drastic intervention to tackle the vulnerability of Nigerian kids is long overdue and ARC-P is a long-awaited beacon of hope.