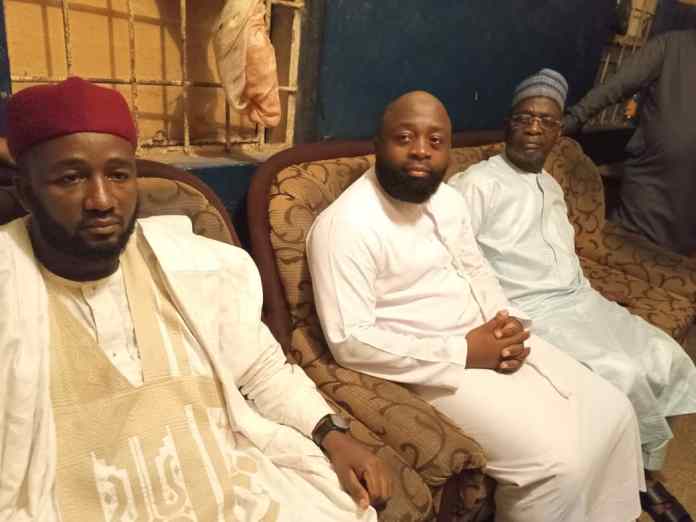 Nasiba Sani Dauda, the daughter of a Kaduna business mogul popularly known as ASD, has withdrawn her allegation against her former husband, Abubakar Musa, whom she accused of being a homosexual.

Recall that Nasiba had on November 12, 2019 published what could be described as a disparaging statement against her estranged husband and the Inspector-General of Police, IGP, Mohammed Adamu, claiming that the duo were friends and homosexuals.

She also accused her ex-husband of battery and sundry defamatory statements.

However, in a letter of apology sent to DAILY NIGERIAN on Thursday, Nasiba said these allegations were as a result of anger and frustration against Mr Abubakar who, according to her, had ordered the arrest and detention of “my father, my elder brother and other members of my family by the police”.

She, therefore, declared that her apologies were offered out of her own volition and free will, “as it was not under complete duress, intimidation and or influence of whatever kind from any quarter”.

Read the letter below:

“I would like to retract that statement I made using my social media account. CHIBUS ENTERPRICE and tagged Northern Hibiscus, Police Service Commission. I claimed libellous statement and this is untrue.

“I shall immediately tender an unreserved public apology to Abubakar Musa, to Inspector General of police as well as Abubakar Musa’s friends for false allegation of accusing and defaming their character/ reputation of being gays/homosexuals.

“The statement was malicious with intent to defame the character of the persons mention above.

“The error was the unfortunate result of my father’s arrest and 3 others on the 11th of November, my father was kept for 3 days with no arrest warrant and no explanation.

“I withdraw and apologise for the false claim that Abubakar musa had physically abused me while we were leaving under the same roof.

“I categorically apologise and withdraw my statement against the Inspector General of police.

“I don’t know him and I have never ever met with him in person/ physically. I only mischievously and out of malice labelled such allegation against him as well as against Abubakar musa and his friends.

“I would also like to make it clear that this withdrawal and apology publication is done out of my own volition and free will as it was not under complete duress, intimidation and or influence of whatever kind from any quarter and my previous publication was made out of anger and disdain for Abubakar musa.”