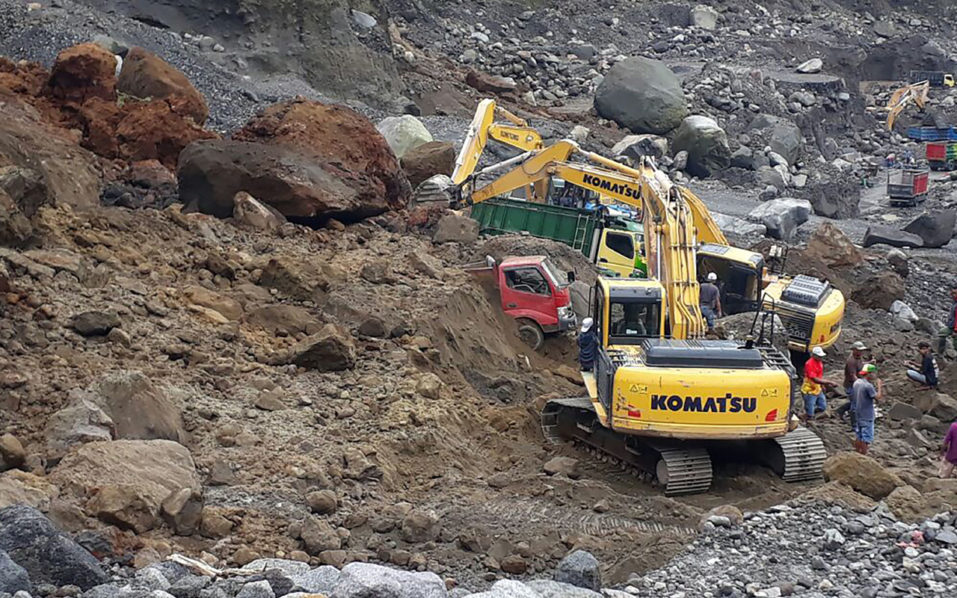 This handout photo taken and released on December 18, 2017 by the Indonesian Disaster Mitigation Agency (BNPB) shows ongoing search and recovery work for landslide victims in Magelang. Eight miners have died and at least three more are missing following a landslide on the slopes of a volcano on the Indonesian island of Java, officials said December 18. / AFP PHOTO / BNPB / HANDOUT

Eight miners were killed and at least three more were missing following a landslide Monday on the slopes of a volcano on the Indonesian island of Java, officials said.

An avalanche of sand and rock cascaded down the slopes of Mount Merapi in Central Java about 10:00 am, burying a group of miners digging through the rocks and sand.

It was not raining when the incident occurred, but the almost vertical incline of the slope made it slip-prone, Nugroho said.

Another eight miners were injured in the accident and have been taken to a nearby hospital for treatment.

Mount Merapi, an active volcano near the city of Jogjakarta, is the site of widespread illegal sand mining. The high-quality volcanic sand is used to make cement.

Officials have repeatedly warned locals against mining in the area because of its sheer slope and recent heavy rainfall.

Landslides are common in Indonesia, especially during wet season between October and April, when rain lashes the country.

In November at least 11 people people died in heavy flooding and landslides in Pacitan, East Java.