At least five killed in suicide attack on Pakistan church 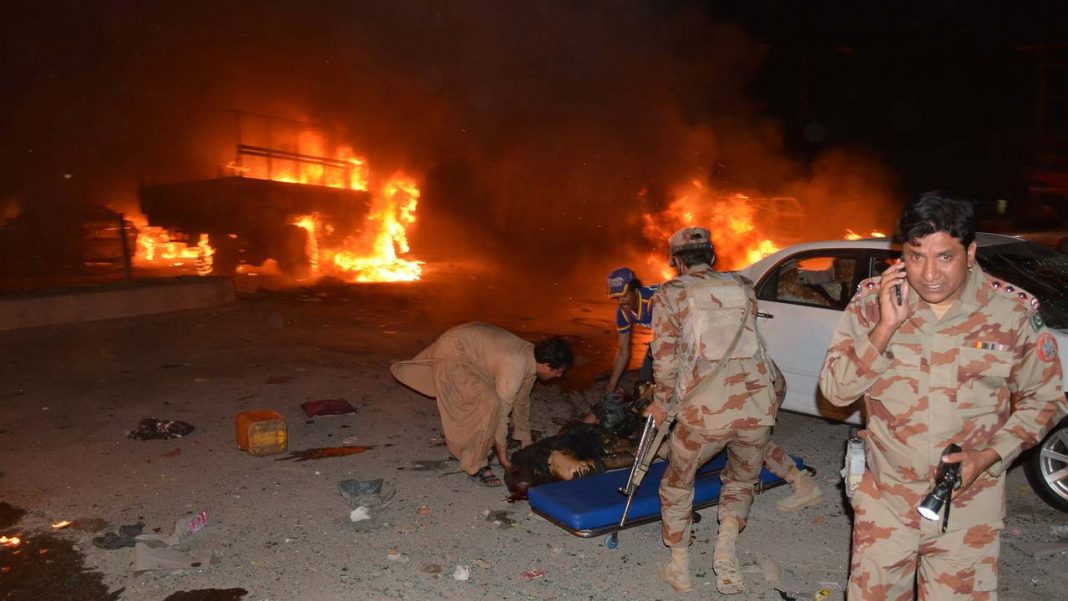 Pakistani soldiers and volunteers attempt to move a victim’s body after a blast. BANARAS KHAN / AFP

At least five people were killed and 15 wounded when two suicide bombers attacked a church in Pakistan during a service Sunday, just over a week before Christmas, police said.

The attack took place at the Methodist Church in the restive southwestern city of Quetta in Balochistan province.

Bugti said police intercepted and shot one bomber outside but the second attacker managed to reach the church’s main door where he blew himself up.

The minister said about 250 people usually attend the church on Sundays, but attendance had swelled because it was close to Christmas.

Balochistan province, which borders Iran and Afghanistan, is Pakistan’s most restive region — ravaged by Islamist militancy, sectarian violence and a separatist insurgency.