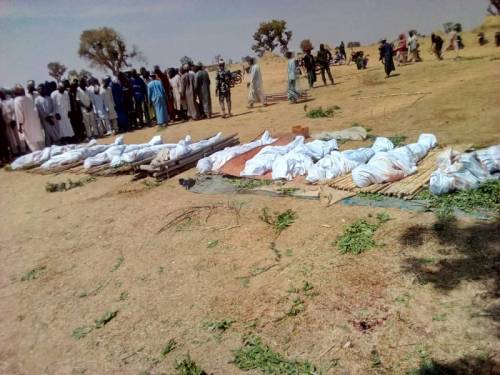 A witness told BBC Hausa Service that the gunmen invaded the community around 6pm Thursday evening and killed 54 people.

According to him, the bandits rustled cows and looted many shops in the village.

The witness added that the bandits also attacked neighboring villages of Maganya and Jinkirawa after the incident.

The witness said: “They killed 54 people, all of who are males. Right now, there are no people to perform funeral service for the deceased because the village has been deserted.

“We are presently conveying the corpses of the deceased to the palace of Emir of Zurmi where the funeral will be held.”

But other sources told this newspaper that the bandits killed more than 60 villagers during the attack.

When contacted, the spokesperson of the state police command, Mohammed Shehu, told DAILY NIGERIAN that he was in a meeting and would get back when he is through.