1 of 10
Yacoub Shaheen, the 23-year-old son of a Syriac Christian carpenter, on Saturday night won the pan-Arab singing competition, defeating a fellow Palestinian and a Yemeni in the finals filmed in Lebanon. 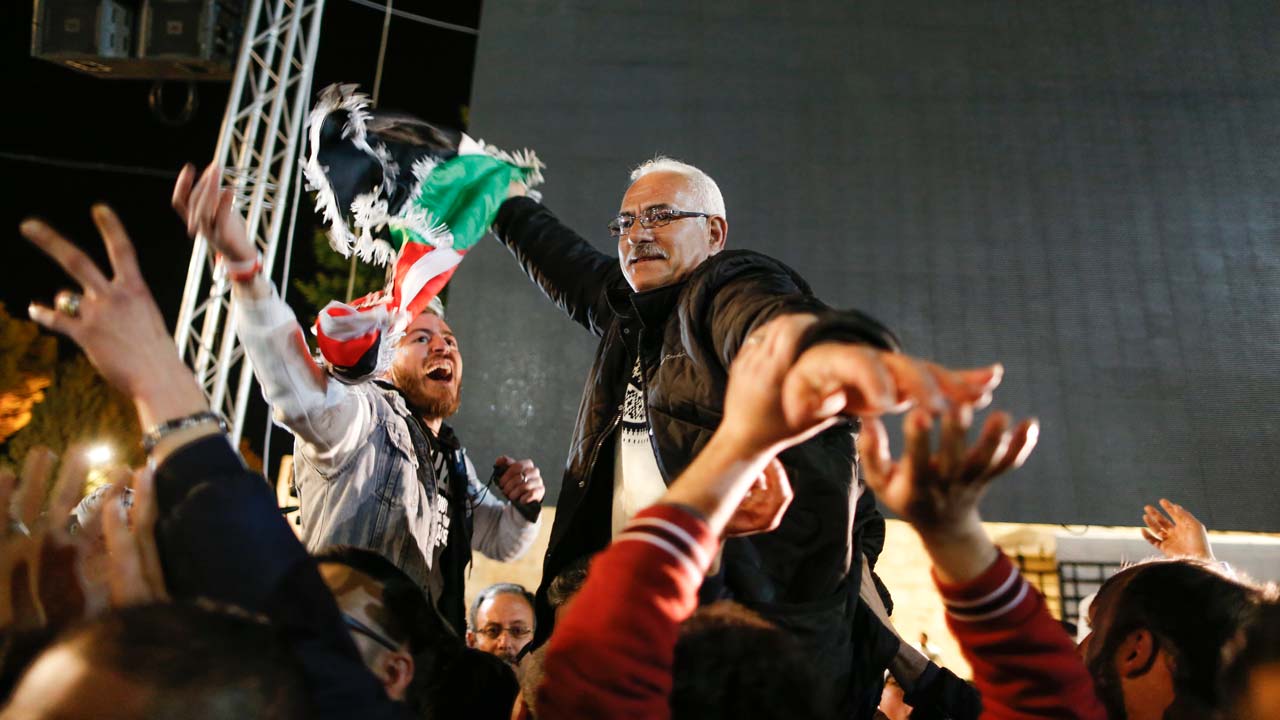 Joseph Shahin, the father of Arab Idol contestant Yaacoub Shahin, celebrates his son’s victory in the 2017 edition of the pan-Arab song contest, in the West Bank town of Bethlehem on February 25, 2017.
AHMAD GHARABLI / AFP

Hundreds of Palestinians celebrated in Bethlehem after a young singer from the occupied West Bank city became the second Palestinian to win the Arab Idol television song contest.

Yacoub Shaheen, the 23-year-old son of a Syriac Christian carpenter, on Saturday night won the pan-Arab singing competition, defeating a fellow Palestinian and a Yemeni in the finals filmed in Lebanon.

He became the second Palestinian to win the contest after Mohammed Assaf, who was raised in a refugee camp in the Gaza Strip, won Arab Idol against all odds aged 23 in 2013.

Hundreds of people including the town mayor gathered in front of a large screen in Bethlehem’s Manger Square to watch Shaheen sing in the final of the popular television show.

His mother, Norma Shaheen, thanked the crowd after public vote results came in.

“Yacoub won with his voice, his education, his good manners, as well as his love for his people, Bethlehem and Palestine,” she said.

Palestinian president Mahmud Abbas this week in Beirut met Shaheen and fellow finalist Amir Dandan, 25, an Arab Israeli descended from the Palestinians who remained on their land when Israel was established in 1948.

Dandan’s supporters also feted him in his hometown of Majd al-Krum in northern Israel, gathering in a stadium to support the singer who has lived in the United States for several years.

This year, four of the 25 contestants taking part in Arab Idol were Palestinian or Arab Israeli, the highest participation for Palestinians in four seasons of the show.

Assaf became a symbol of Palestinian resilience when he won in 2013, inspiring two-time Oscar nominee Hany Abu-Assad to direct a feature film about him.