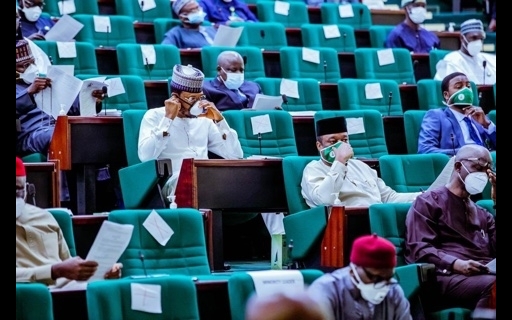 A Bill for an Act to move the Code of Conduct Tribunal, CCT, from the Executive to the Judiciary in the Constitution passed second reading at the House of Representatives on Thursday.

Leading the debate, Bob said that the Bill seeks to move CCT from the Executive arm of government and place it under the Judiciary as a superior court of record.

According to him, the amendment seeks to incorporate the Code of Conduct Tribunal among superior courts of record.

“It is trite that in a presidential democracy, the three arms of government – the Legislature, the Executive and the Judiciary are distinct and separate in functions, powers and composition.

“This distinct separation of powers is intended to secure the independence of each arm and for each to act as a check on the exercise of power by the other.

“This ultimately enhances the effective discharge of their respective Constitutional responsibilities.

“It is not by accident that the Constitution specifically sets out the powers of each of the three arms as spelt out in Sections 4, 5 and 6.

“The CCT is undoubtedly a judicial body created by Paragraph 15 of the 5th Schedule to the Constitution and Section 20 of the Code of Conduct Bureau and Tribunal Act.

“It is a statutory body saddled with the responsibility of trying offences under the Code of Conduct Bureau Act.

“It is absurd and confounding that a judicial tribunal clothed with enormous powers to sanction public officers is placed under the Executive rather than the Judiciary, an arm where it rightly belongs.

“The CCT has powers to sanction public officers who violate the Code of Conduct Act, including the power to order forfeiture and bar offenders from holding public office,’’ he submitted.

After passing the second reading, presiding Deputy Speaker of the House, Rep. Ahmed Wase (APC-Plateau) forwarded the Bill to the Ad-hoc Committee on Constitutional Amendment for further legislative actions.