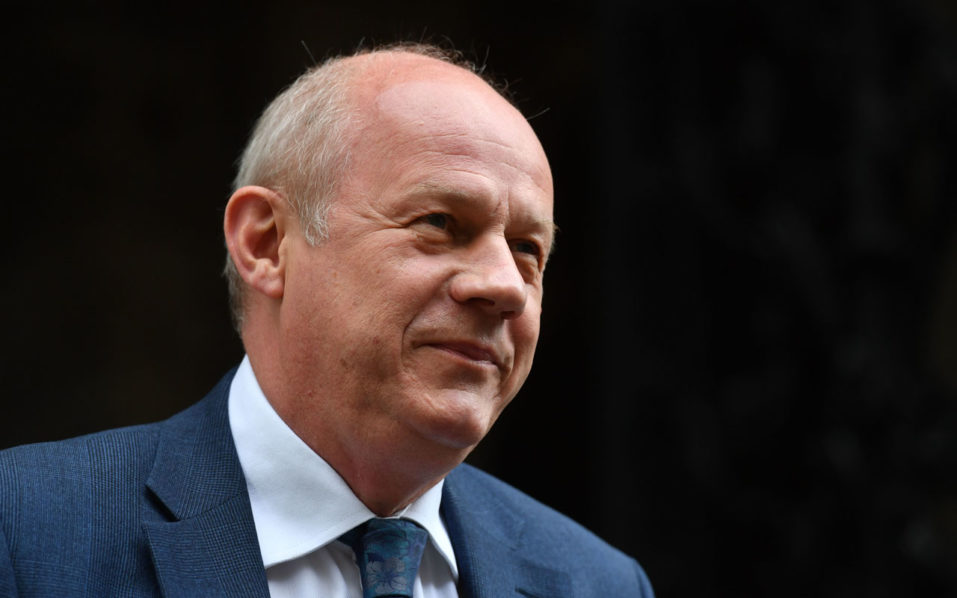 British Prime Minister Theresa May was left weakened by the resignation Wednesday of her deputy Damian Green, the latest crack in her government as she faces tough Brexit talks.

Green agreed to step down as first secretary of state after a probe into his conduct found he had acted dishonestly.

“It is therefore with deep regret, and enduring gratitude for the contribution you have made over many years, that I asked you to resign from the government and have accepted your resignation,” the prime minister wrote in a letter addressed to Green.

May said she was “extremely sad” to ask her deputy to step down, describing him as a friend since their time at university and throughout their political careers.

The departure of one of her closest aides is the result of an investigation into Green’s conduct following newspaper allegations published last month.

The Sunday Times reported that pornography was found on his parliamentary computer in 2008, while a journalist claimed Green acted inappropriately towards her in 2015.

In its report the Cabinet Office said Green had breached the ministerial code when he made “inaccurate and misleading” statements, by falsely claiming he was unaware that indecent material had been found on his computer.

London’s Metropolitan Police had told Green about the pornography found, the Cabinet Office noted, without drawing conclusions on whether he had viewed the material.

In a summary of the report findings published by May’s Downing Street office, the investigation did not draw definite conclusions on Green’s behaviour towards the journalist Kate Maltby.

Scandal at Westminster
In his resignation letter Green apologised for breaching the ministerial code, while denying that he downloaded or viewed pornography in parliament.

He also expressed his regret at the “distress caused” to Maltby, who claimed Green touched her knee and later sent her a suggestive text message.

“I do not recognise the events she described in her article, but I clearly made her feel uncomfortable and for this I apologise,” he wrote.

Green’s resignation comes as part of a broader scandal over sexual harassment at Westminster, which erupted weeks ago and prompted the departure of Defence Secretary Michael Fallon last month.

Numerous other claims have been made against those working in politics, prompting the prime minister to call for rules on MPs’ behaviour to be toughened.

Weakened May
Fallon’s resignation was followed a week later by that of Britain’s overseas aid minister, Priti Patel, who stepped down over unauthorised meetings in Israel.

The loss of two ministers in a matter of days cast doubt over May’s authority, already challenged by divided opinions within her cabinet over Brexit.

May had been left fragile after a snap election in June backfired dramatically, leaving the Conservatives clinging onto power but losing their majority in parliament.

The premier dismissed calls to resign and vowed to lead Britain through its EU departure, although she faced a further challenge last week when a group of Conservative MPs rebelled against her in a key parliamentary vote on Brexit.

Her troubles appeared to have abated somewhat on Friday, when European Union leaders agreed to open talks on a future relationship with Britain.

But Brussels warned that the next phase of talks will be even more difficult than the past six months of negotiations on the country’s exit.

While May will enter the new year on unstable footing, the resignation of Green is not expected to mark her imminent departure from Downing Street.

She will however lose an important ally in Green, a former journalist who was first elected to parliament in 1997.

He rose through the ranks to become work and pensions secretary last year under May, before being appointed first secretary of state after the June election.

In his resignation letter Green indicated he would stay on as a lawmaker, thanking his constituents for their support and vowing to “continue to argue for the modernising conservatism I have always believed in”.