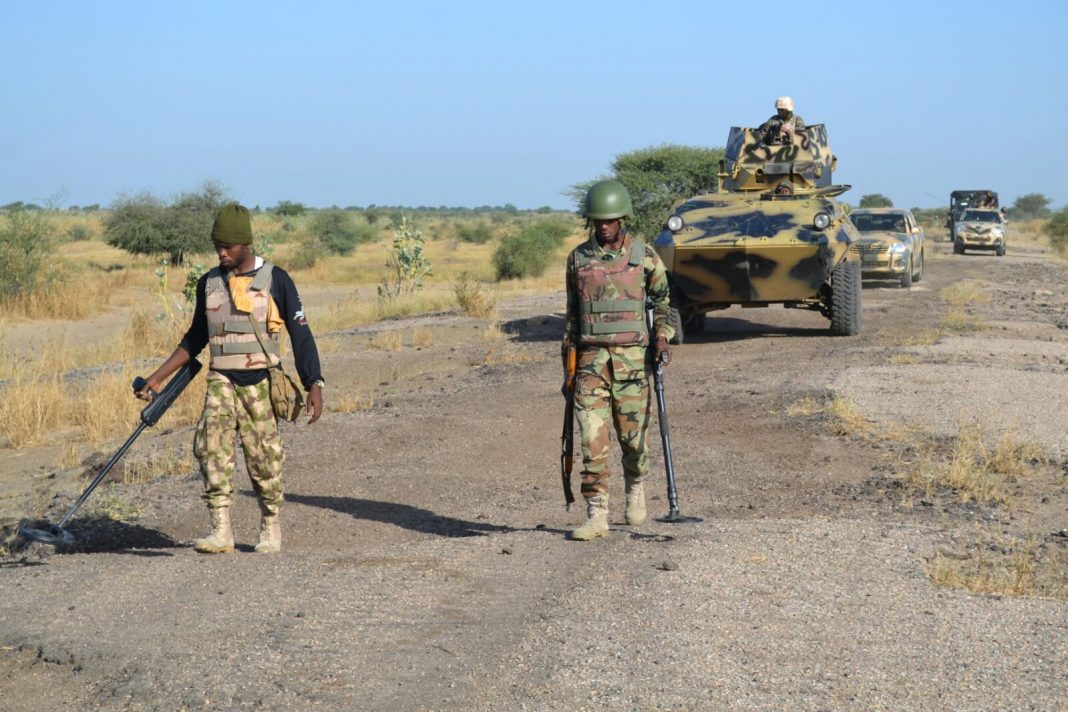 Two women of the 700 persons rescued from Boko Haram insurgents have delivered at a military holding facility in Monguno Local Government Area of Borno.

Mr Antigha, colonel, said that over 700 persons abducted by Boko Haram insurgents had escaped from their captors and received by the 242 Battalion, Monguno.

He said the abductees including males, females and children were forced to work as farm labourers by the insurgents.

He said that two women among the freed persons delivered safely at the holding facility.

The army spokesperson added that the intensified onslaught against the insurgents under Operation Deep Punch II had weakened and decimated their positions, which enabled the persons to escape.

“Over 700 farmers, fishermen and members of their families hitherto held by Boko Haram terrorists as farm workers have fled the various islands in Lake Chad to Monguno.

“The exodus of the abductees is not unconnected to a follow-up operation conducted a few days ago to exploit the gains of the recent successful Operation DEEP PUNCH 2 in Chikun Gudu and adjourning localities.

“The ensuing collapse of their command structure and means of survival triggered the abandonment of the islands and escape of the abductees to Monguno.

“Profiling of the displaced escapees is ongoing to ensure that no terrorist takes advantage of the situation to sneak into the town.

“Preliminary investigation will focus on finding out where wanted Boko Haram commanders were hiding. Two pregnant women among the abductees gave birth yesterday in the holding centers,” he said.

According to him, several persons were freed from Boko Haram insurgents following military offensive in Chikun Gudu community, Monguno.