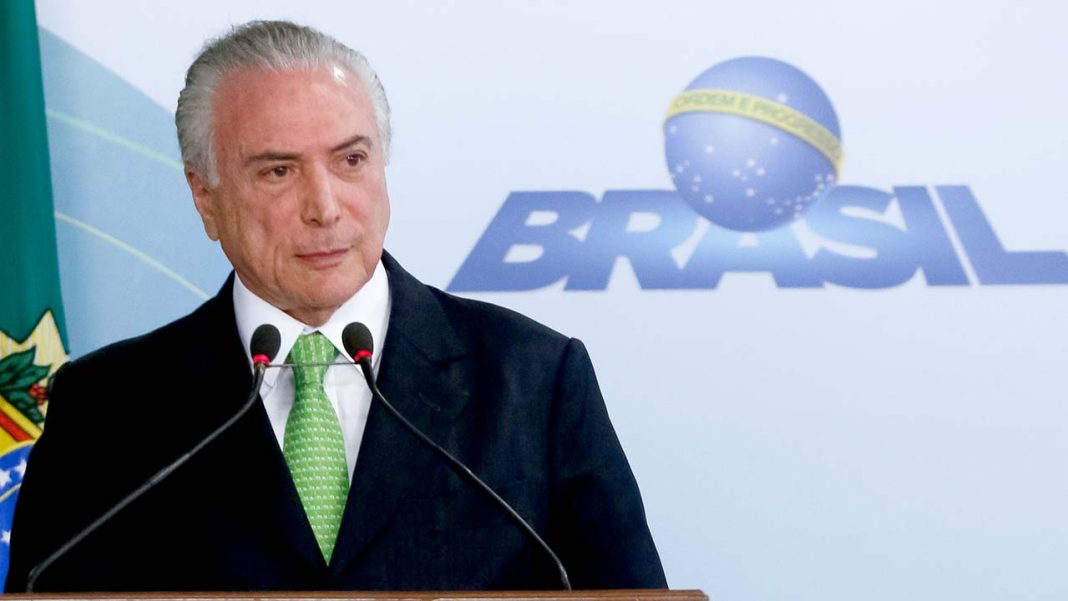 Handout picture released by the Brazilian Presidency showing Brazil’s President Michel Temer speaking during a ceremony in commemoration of the World Environment Day, at the Planalto Palace in Brasilia, Brazil, on June 5, 2017. President Michel Temer and Brazil’s chief prosecutor were in open warfare Monday on the eve of a court verdict that could lead to the scandal-plagued president’s removal from office. MARCOS CORREA / BRAZILIAN PRESIDENCY / AFP

Brazilian President Michel Temer will undergo urological tests Wednesday, his office said, following a series of concerns over his health.

He will be examined at the Sirio-Libanes Hospital in Sao Paulo, the statement said.

In October, the 77-year-old Temer underwent surgery for an enlarged prostate gland at the same hospital. In November, he had angioplasty in three blocked coronary arteries.

A spokesman said the latest hospital visit was just a check-up.

The center-right president took over in 2016 after leftist Dilma Rousseff was removed in an impeachment trial for breaking finance laws.

Temer himself has been charged with corruption but has enough support in Congress to successfully avoid the case being sent to court.

He is currently working overtime on trying to get Congress to approve pension cuts and other unpopular financial reforms aimed at bringing discipline to Brazil’s troubled economy.