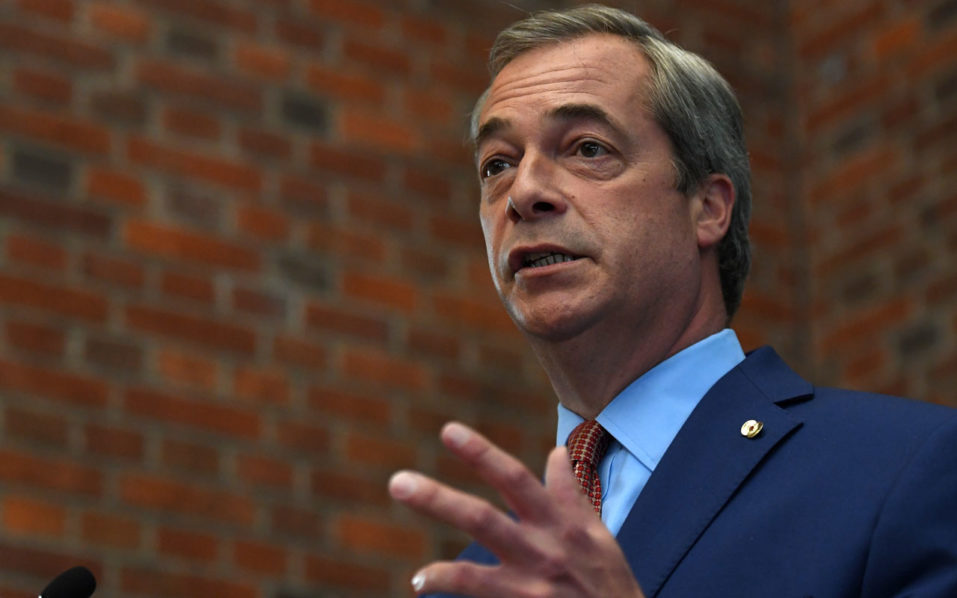 Leading Brexit campaigner Nigel Farage suggested Thursday that Britain hold a second referendum on EU membership to silence those who do not want to leave the bloc.

“Maybe, just maybe, we should have a second referendum on EU membership. It would kill off the issue for a generation once and for all,” he said on Twitter.

Earlier, the former UK Independence Party (UKIP) leader told The Wright Stuff, a panel television show on Channel 5: “My mind is actually changing on this.”

He said that pro-Europeans such as former prime minister Tony Blair “will never ever ever give up”.

“They will go on whinging and whining and moaning all the way through this process.

“So maybe, just maybe, I’m reaching the point of thinking that we should have a second referendum on EU membership,” said Farage, who was one of the main driving forces behind last year’s referendum.

“The percentage that would vote to leave next time would be very much bigger than it was last time around.

“And we may just finish the whole thing off and Blair can just disappear off into total obscurity.”

Britain voted in June 2016 to leave the European Union, by 52 percent to 48 percent.

The Liberal Democrats and some other pro-EU opposition politicians have called for a second referendum, arguing that Britons did not know the full implications of leaving the EU when they voted.

Prime Minister Theresa May has ruled out a second vote.