Buhari observes minute of silence for victims of Auno attack 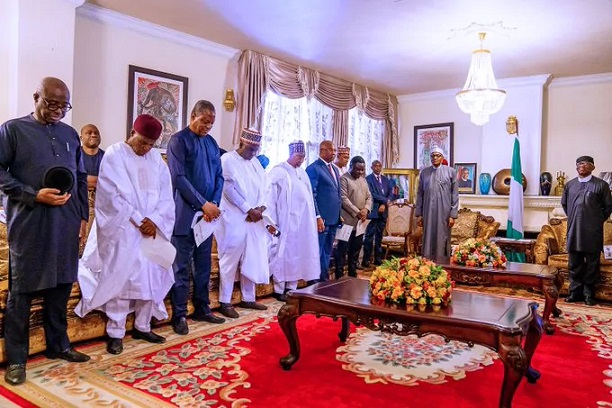 President Muhammadu Buhari on Tuesday expressed his support for those in the Diaspora to vote during elections in Nigeria.

Mr Buhari, who spoke at a meeting with the Executive Committee members of the Nigerian Community in Ethiopia, NICE, at a meeting in Addis Ababa, appealed to Nigerians to support and cooperate with the security agencies.

According to him, they are ready to defend and preserve the unity of the country.

The President also observed a minute silence in honour of victims of Sunday night’s terror attack in Borno State.

The President also declared that his administration is fully determined to combat terrorism, banditry and other criminalities in the country.

“However, you will need to convince the National Assembly to amend the relevant laws to make Diaspora voting a reality.”

He, therefore, directed Nigerians outside the country who are interested in participating in future elections to approach the National Assembly to amend the constitution to accommodate them in the process.

On ease of doing business in Ethiopia, Buhari said he had been briefed on the challenges faced by some Nigerian companies with investments in the East African nation, especially the Dangote Group and Lubcon.

“I have directed the relevant ministries to take up these issues with a view to resolving all complaints amicably with the Ethiopian authorities,” he added.