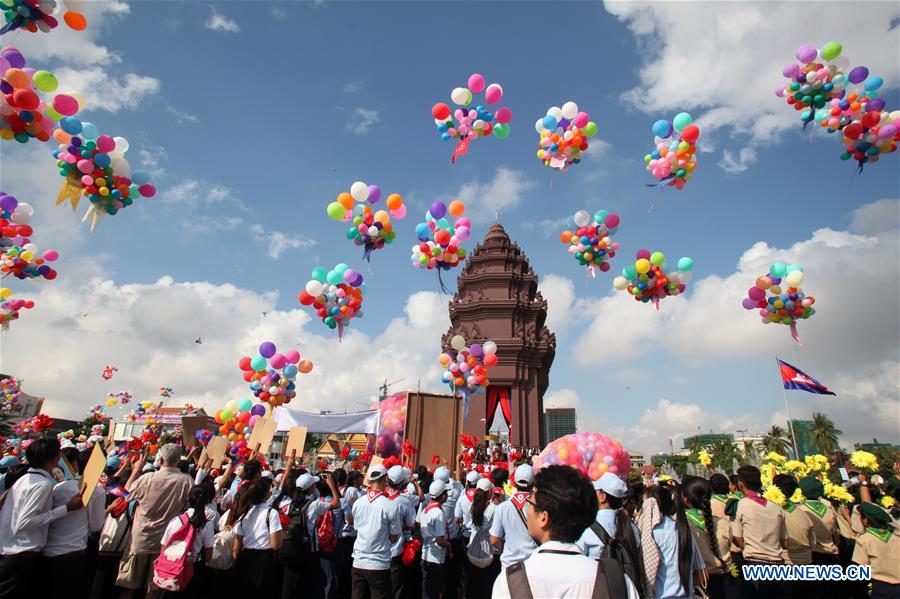 Cambodia on Tuesday marked the 68th anniversary of its independence from France in an hour-long ceremony held at the Independence Monument in Phnom Penh, the capital city.

All of them were seen wearing face masks and keeping physical distancing, to guard against the COVID-19.

“King Norodom Sihanouk, the Father of Independence, had sacrificed both physical and mental energies in his royal crusade to gain the full independence for the country.”

At the end of the celebration, pigeons and balloons were released as a sign of independence and freedom.

The Southeast Asian nation gained its independence on Nov. 9, 1953, after 90 years of French colonial rule.