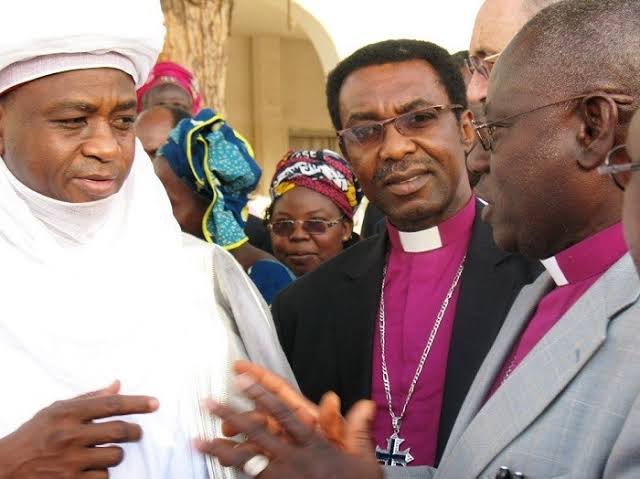 Muslim and Christian leaders in Kogi state have formed a united front to ensure that the upcoming gubernatorial election in the state is peaceful and credible.
They also warned the Independent National Electoral Commission  INEC, and security agencies not to compromise the election, which has been scheduled for Nov. 16.The religious leaders who gave the warning in Lokoja on Saturday during a stakeholders’ interactive session said that the rising tension in the state was an indication that all was not well among the people , INEC and security agencies, especially police.

The leaders insisted that the only way to avoid violence during the election was to create a level playing ground for all candidates and for results to reflect the wish of the people.

Bishop John Ubenu, the state Chairman of the Christian Association of Nigeria, CAN, said the lukewarm attitude of the group to the election was due to certain things that happened during the last general elections.

“Some of the things that happened during the last elections actually discouraged us but as elders , we have decided to move forward.

“We all know what to do and what to say, but the problem is with the implementation ,” Mr Ubenu said.

He said that CAN deployed observers to monitor the elections but expressed shock that those trained by the commission to conduct the last general elections were replaced.

He also expressed displeasure that the INEC staff were yet to master the operation of the card reader machine, describing the development as unfortunate.

The clergyman said that the biggest problem facing election in Nigeria today was at the collation centres where he said INEC staff and security agents see ” elections not as a national issue but pocket issue.”

He said that Nigeria was ripe for electronic voting, urging the the National Assembly to work toward realising it.

The state Chairman of the Jamatul Nasril Islam, JNI, Amb. Usman Bello, said that the success of the coming election depended on INEC, police and the political parties.

Mr Bello said that the only way to avoid violence in the election was to ensure justice, fairness and creation of a level playing ground for all parties.

He charged government to rise up to its responsibility of providing security for the people and work for peace on the election day.

“If they (government) are interested in peace , they should work for peace. If they are coming to INEC, they must come with clean hands . The election must not be compromised.

Another speaker at the event, Alhaji Zaak Aliyu, raised alarm that attempts were already being made to compromise the election, saying that money had started changing hands.

He suggested that INEC should facilitate a meeting of the religious leaders with the police and political parties so as to table some issues before them.

Pastor Alfred Owoyemi, Chairman, state CAN youth wing, stressed the need for the commission to warn its staff not to  commercialise the election as witnessed during the last general elections.

Alhaji Isa Adeboye, state Secretary, JNI , suggested the use of common uniform for security agents that would be on duty on election day to frustrate attempts by politicians to recruit fake security agents.

He also called on INEC to pay more attention to its staff welfare to prevent politicians from taking undue advantage of them.

The state Resident Electoral Commission, REC, Prof. James Apam, assured the people that their vote would count in the coming election .

He pleaded with the religious leaders to appeal to their adherents to allow peace to reign before and during the election.

He said that the commission had done a lot to ensure a peaceful, free, fair, credible and conclusive election but stated that nothing could be achieved without peace.

The REC admitted that INEC ad hoc staff did some shameless things during the last general elections but did not give details.

He said that he had met with the management of the National Youth Service Corps on the need to call corps members to order and warn them to behave well in the coming elections.

“Challenge us and see what we will do . INEC will make your vote to count . Vote needs to count, once vote counts, the elected will have the respect of the people,” he said.

The meeting was attended by reprsentatives of CAN, JINI, Council of Ulamah, Pentecostal Fellowship of Nigeria and other stakeholders.