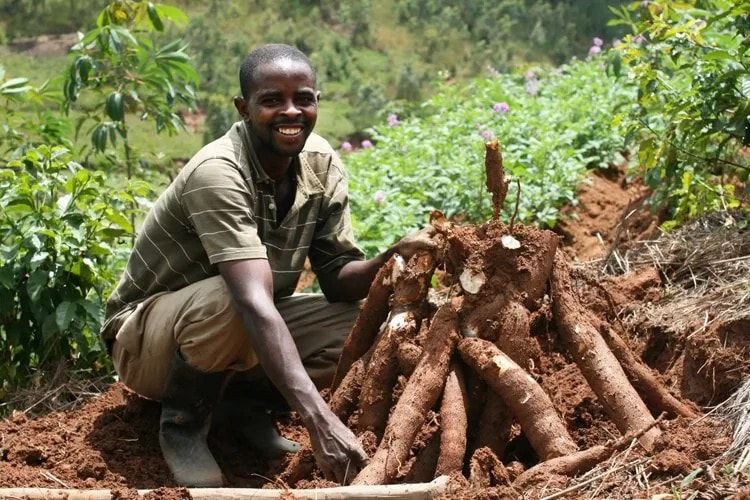 The Nigeria Cassava Growers Association, NCGA, says it is targeting the production of additional two million tonnes of cassava for industrial use in the next cropping season.

The National President of the association, Segun Adewumi, disclosed this in an interview in Abuja on Thursday.

He said the association had presented a proposal to the Nigerian Incentive-Based Risk Sharing System for Agricultural Lending, NIRSAL, to cultivate additional 100,000 hectares for cassava production to meet the target.

Mr Adewumi explained that the large scale production of the produce would assist and boost the local manufacturing of some industrial cassava derivatives.

‘‘We have made a proposal to NIRSAL to aggregate additional 100,000 hectares for cassava production and that will give us an additional two million tonnes of cassava for industrial use in the next cropping season.

‘‘That is our target. Large-scale production is a situation where you have about 20 tonnes and above per hectare.

‘‘We have sent the proposal to NIRSAL but we have not received answers,’’ he said.

The national president said that many of the farmers restrained themselves from producing cassava in 2016 as a result of glut experienced after cultivation.

‘‘For many years, cassava farmers have been in glut situation and last year, many people did not plant cassava because of the glut in the produce.

‘‘We will enter into scarcity, if there is no capacity to off-take what we have planted, it will rot again.

‘‘During the cassava bread fund, we were asked to plant cassava in large quantity but by the time the cassava matured, the Bank of Agriculture, BoA, did not release money to the off takers who were supposed to buy from us so, our cassava rotted away.

‘‘We are waiting for the government to roll out its plan for 2018 before we start telling people to go and plant, so that they will not plant and there will be no market,’’ he said.

Mr Adewumi appealed to the government to roll out sustainable programmes that would cover the entire cassava value chain so that when cassava is planted, it would be marketed.

‘‘The government should roll out programmes that will convince the cassava growers that if they plant, they won’t run into the hitch of how to sell it.

‘‘Once the government rolls out her programmes and we see that we are protected; we will align to it to make sure when the farmers produce, they will be able to sell,’’ he said.