The Kaduna Zonal Command of the Economic and Financial Crimes Commission, EFCC, on Wednesday, secured the conviction of one Abba Yahaya-Kawu before Justice Darius Khobo of the Kaduna State High Court on a one-count bordering on forgery.

A statement on Wednesday by the EFCC’s spokesperson, Wilson Uwujaren, said Mr Kawu allegedly designed and sold forged certificates of the Special Control Unit against Money Laundering, SCUML, to unsuspecting members of the public who desired the document, a statutory requirement for opening bank accounts for Designated Non-financial Institutions and Businesses.

Before he was nabbed, he had issued over 500 such fake certificates for which he earned over N10,000 apiece. 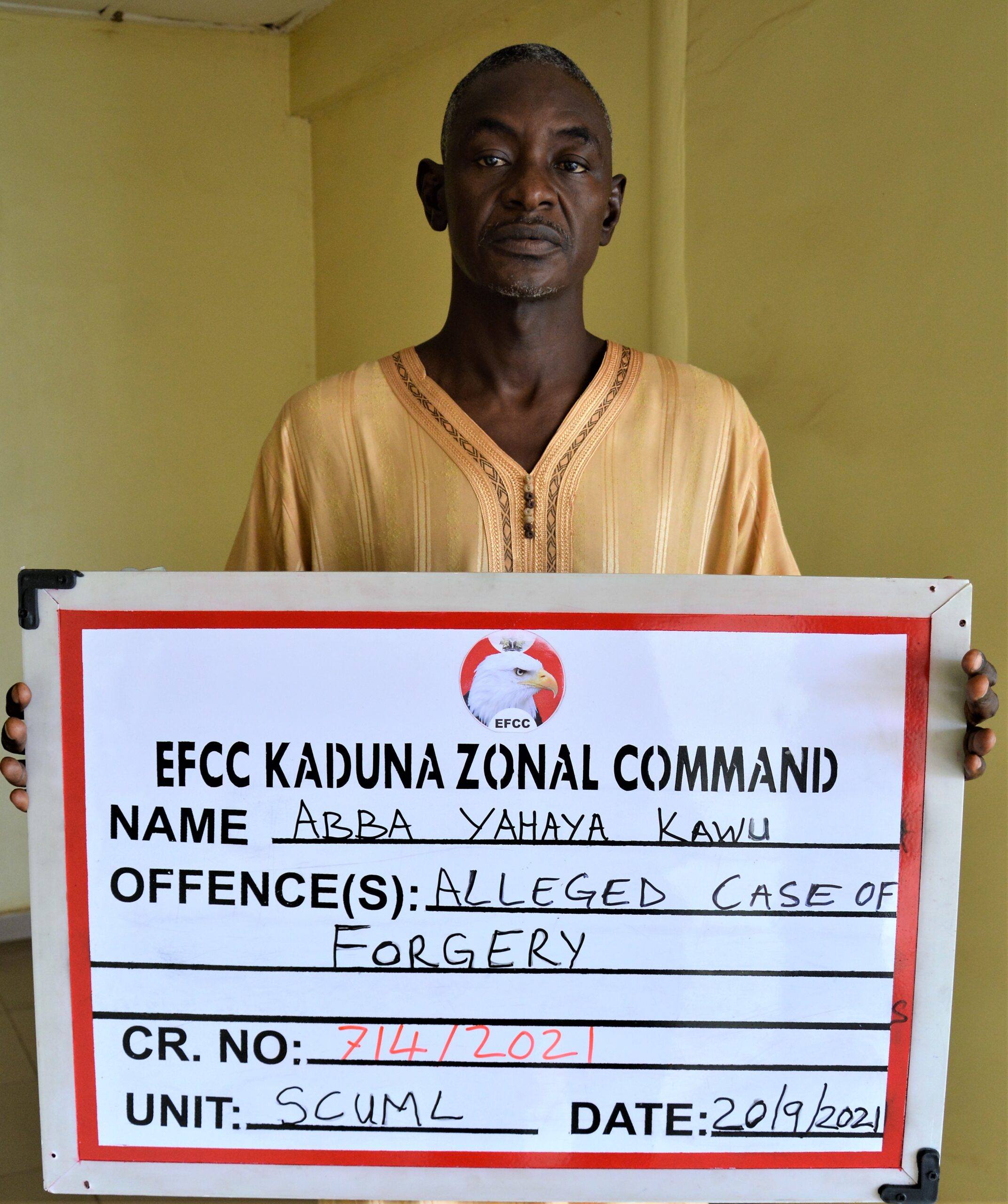 The charge reads, “that you, Abba Yahaya Kawu sometime in 2020 in Kaduna within the jurisdiction of this Honourable Court, fraudulently forged documents titled ” Special Control Unit against Money Laundering” (SCUML) Certificate, which you presented to unsuspecting victims and used same to open various Corporate accounts at JAIZ Bank Plc and you thereby committed an offence contrary to Section 344 of the Penal Code Law of Kaduna State, 2017 and punishable under Section 345 of the same Law”.

The defendant pleaded guilty to the charge. The prosecuting counsel, J. Musa urged the court to convict him accordingly.

Justice Darius convicted and sentenced Mr Kawu to 10 years’ imprisonment with an option of N100,000. The convict also forfeited the sum of N 469,000 to the Federal Government.