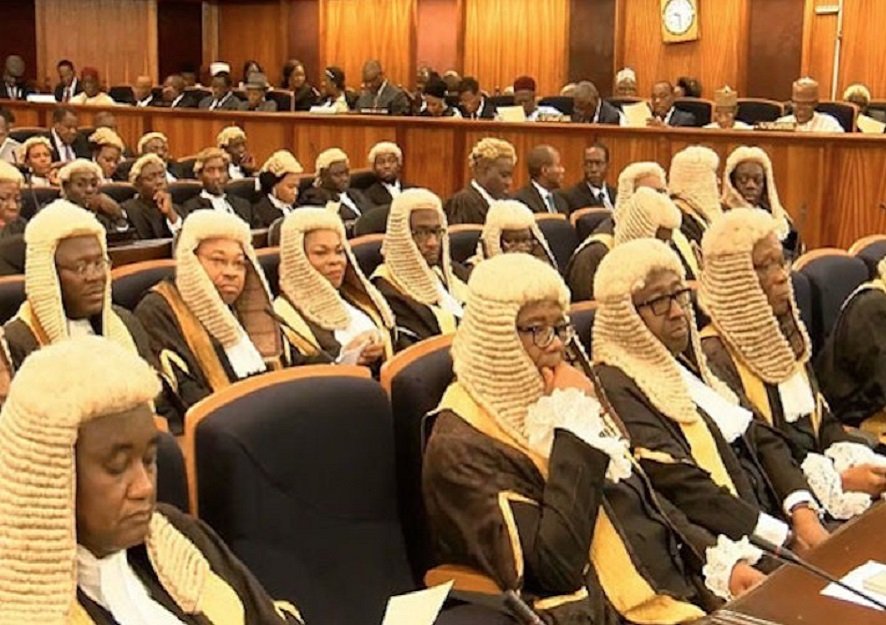 Justice Tsoho during the special session to mark the commencement of federal high court 2019/2020 legal year in Abuja, said that this will help reduce the work load of judges.

He said that the federal high court judges were over burdened with workload in the out gone legal year.

He said that the records was evident that judges were over burdened with work in the last legal year.

“We therefore need to engage more judicial officers to help out.

“However, it does appear that there was no provision for appointment of judges in the current budget.

“I will make efforts to discuss with relevant stakeholders to see to the possibility of facilitating the recruitment of more judicial officers in the course of the year,” he said.

Justice Tsoho noted that training of judges and staff of the judiciary to enhance professionalism was of paramount interest to the judicial authorities.

He said that the judiciary will work with the legislature and the executive to entrench constitutionalism in the federal judiciary.

He further disclosed that the federal high court now has amended civil procedure rules 2019 which came into force on the 10th day of May, 2019.

“The new rules contain certain innovations to meet with the dynamism in law and to bring the court at par with other courts in the developed world.

“Some of these include affidavit of non multiplicity of actions; Order 3 Rule 9(2)(d),a reinforced interpretation of the Territorial Jurisdiction of the Federal High Court, such that no leave is required for service of process anywhere within the federation (Order 5 Rule 31).” he said.

Abubakar Malami, Minister of Justice and Attorney General of the Federation (AGF), urged judges to maintain credibility to foster and promote public confidence in court judgments.

He said it was only through the promotion of these values that the greatest heights in legal profession could be achieved.

Mr Malami said that the pivotal role played by the Federal High Court by virtue of section 251 of the Constitution of the Federal Republic of Nigeria, 1999 (as amended) makes this Court unique and distinct from other Courts of coordinate jurisdiction.

In light of the amended constitution, he urged the court as part of the judicial arm of government, to remember that it is the anchor upon which our legitimate claim to a civilized society rests and revolves.

The president, Nigerian Bar Association, NBA, Paul Usoro, SAN, said that the public perception of judiciary as reflected in a public opinion poll recently published was not inspiring or favourable.

“There is urgent need to build confidence in the judiciary as the last hope of the common man,” he said.

Represented by Effiong Bassey, he urged the leadership of the court to ensure that judges were protected from undue harassment, intimidation, insecurity and threats to their lives and tenure.

He said that Judges should be given every facility to perform freely and to the best of their abilities and in reciprocation, Judges must live above board, discharge the functions of their office appropriately.