Chinese Super League not on our agenda —Mabutho - Daily Nigerian

Chinese Super League not on our agenda —Mabutho

• Explains why SuperSport abandoned NBA
Nigerian soccer fans hoping to watch Super Eagles captain, John Obi Mikel and the likes of Odion Ighalo in the money-spinning Chinese Super League on digital satellite TV provider, SuperSport may have to wait, as the management of Multichoice Nigeria says it is not interested in investing in the market for now.

“The team that buys rights continues to look out for the best content,” General Manager, Marketing and Sales of MultiChoice Nigeria, Martin Mabutho told The Guardian just before the kick-off of the Chinese Super League last weekend. “The hype around the Chinese Super League has mostly been around movement of players. What is the quality of play? We will be monitoring the league as it begins and we wish the players the best.”

According to Mabutho, a lot of things would have to come into play for SuperSport to consider investing in the Chinese Super League. “What is particularly interesting is that with the huge salaries involved in the Chinese Super League, the money has to come from somewhere. The more you pay the players, the more they charge the subscribers because the money has to come from TV rights, advertising, etc. Let us see how it goes. For now, we have the best performing leagues,” Mabutho stated. MultiChoice Nigeria recently expanded the sporting contents of some of its lower bouquets to enable more DStv and GOtv customers have access to the on-going Emirate FA Cup live matches at no additional costs. Mabutho explained that through such gesture, more football fans are having exciting moments this football season.

He also spoke on the FA Cup fixture on Monday involving Manchester United against Chelsea, saying the Jose Mourinho-led Red Devils might shock The Blues, their current form not withstanding.

“The honest truth is that for a tournament like the Emirates FA Cup, you never can tell who will win. Chelsea is enjoying great form right now. They are like a run-away train, but a league match is very different from a park encounter. Do I feel confident that my club (Man United) will reach the semi-final? I don’t know but I feel comfortable. I have to believe in my club but in all of this, Chelsea is looking really good right now. 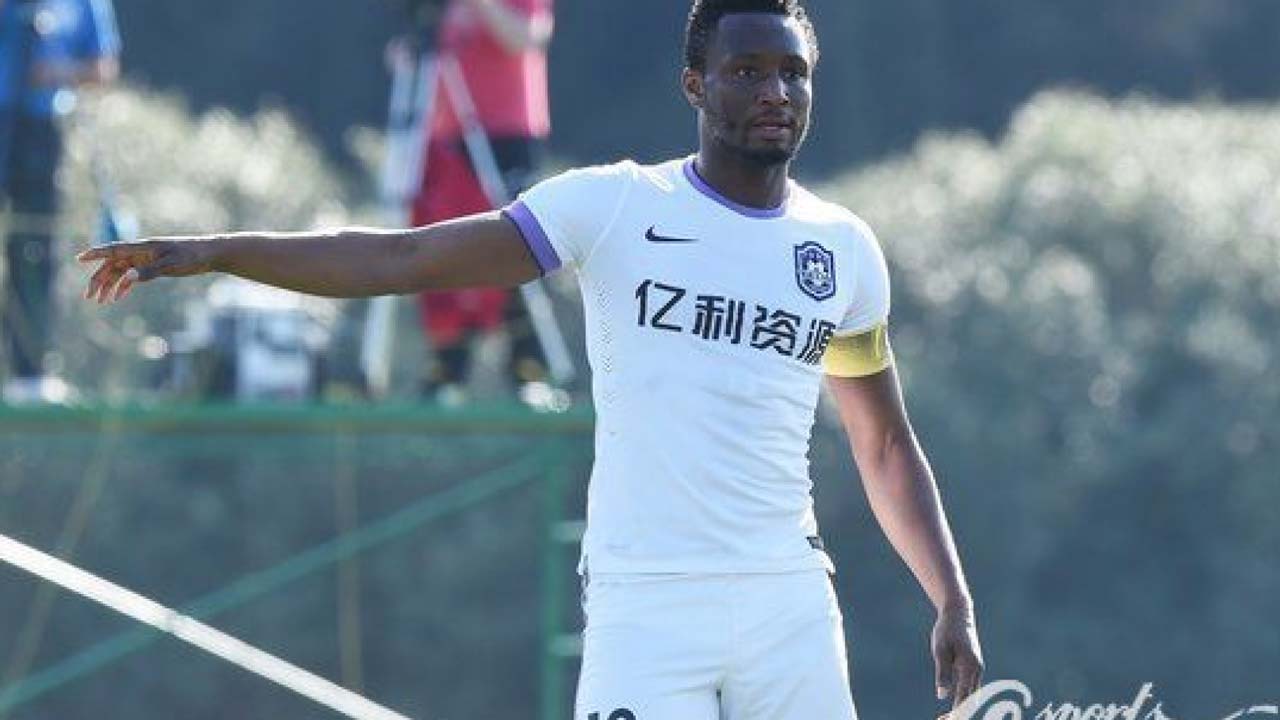 Skipper John Obi Mikel could not save Tianjin Teda from defeat in their first league game of the new Chinese Super League. Tianjin Teda lost 0-2 to Shandong Luneng

“I will be happy with a Tottenham and Man United final match. If you look at their style of football, against a formidable side like Man United in the finals is like having Jose Mourinho against Mauricio Pochettino. We have seen a lot of Arsenal-Man United set up many times. We need to see a high profile game. Tottenham particularly with their form against Man United will be a heck of a game. I am speaking like a proper fan. However, should Man United not make it to the final, I think a Chelsea-Tottenham match will be good.”

Speaking further on SuperSport’s plans for this year’s Emirates Cup final, Mabutho said: “We have a lot of buildup, from the analysis up to the final. The FA Cup forms part of our ‘March Madness’ yearly campaign, which we do for our subscribers because the month of March is almost like a repeat of the Christmas season when we give away a lot of freebees. Football fans will be seeing a Road to the Emirates Cup Final, analysis etc. We try to do a 360 approach.”

On why SuperSport is not offering other football leagues matches like Bundesliga and Copa America, Mabutho said: “One of the key factors in this industry is consumer feedback in terms of the popularity or the level of interest in a particular piece of content that we offer. We had Bundesliga for some years and our subscribers just didn’t like it. We brought the league here, we took some people out to watch the games in order to use that as a strategy to popularize the league, but the numbers were just not justified.

“The decision was then reached for us to concentrate on what customers like, and which is what we have now. All the best football leagues in the world can be found on DStv. I am not saying we have all the leagues in the world, for instance we don’t have MLS, and we don’t have the Chinese Super League even though the league has been generating a lot of interests’ due to player movement.

“For now we have the leagues considered or rated as the best in the world. We also have the Champions league, the Premier League, the Nigerian football league and the South Africa Premier Soccer league. We have rights to all our Super Eagles games and rights to other sporting games. We had NBA for a long time but had to let it go because no one was watching them.”

The Super Eagles will be playing two friendlies later this month against Senegal and Burkina Faso in London, but Nigerian football fans may not watch them on SuperSport. “I don’t have a confirmation as of today whether we will be able to bring the games live to Nigerians, but when this is done we will make it known,” he stated.

On the effect of the current economic challenges to SuperSport, Mabutho said: “The truth is that even though we pay the rights owners every month by installments, the business does not operate in a vacuum. If the savings or the subsidy that our holding company has been able to put into Nigeria and things continue to go down, I am sure the decision will be made to either stop giving access to the smaller bouquets or to increase subscription, which we haven’t done for the past two years. Eventually, it may become inevitable to increase our subscriptions. Everything has gone up so television subscription will have to go up.”

The miracle at Camp Nou