1 of 10
(FILES) This file photo taken on August 19, 2016 shows singer Chris Martin of Coldplay performing at the Rose Bowl in Pasadena, California. Global Citizen, New York’s annual concert that pushes for an end to extreme poverty, on February 28, 2017 announced an expansion to Europe to press leaders at the G20 summit in Germany. Rockers Coldplay will headline the free concert on July 6 in Hamburg along with pop singer Ellie Goulding, chart-topping electronic duo The Chainsmokers and one of Germany’s biggest stars, Herbert Gronemeyer. 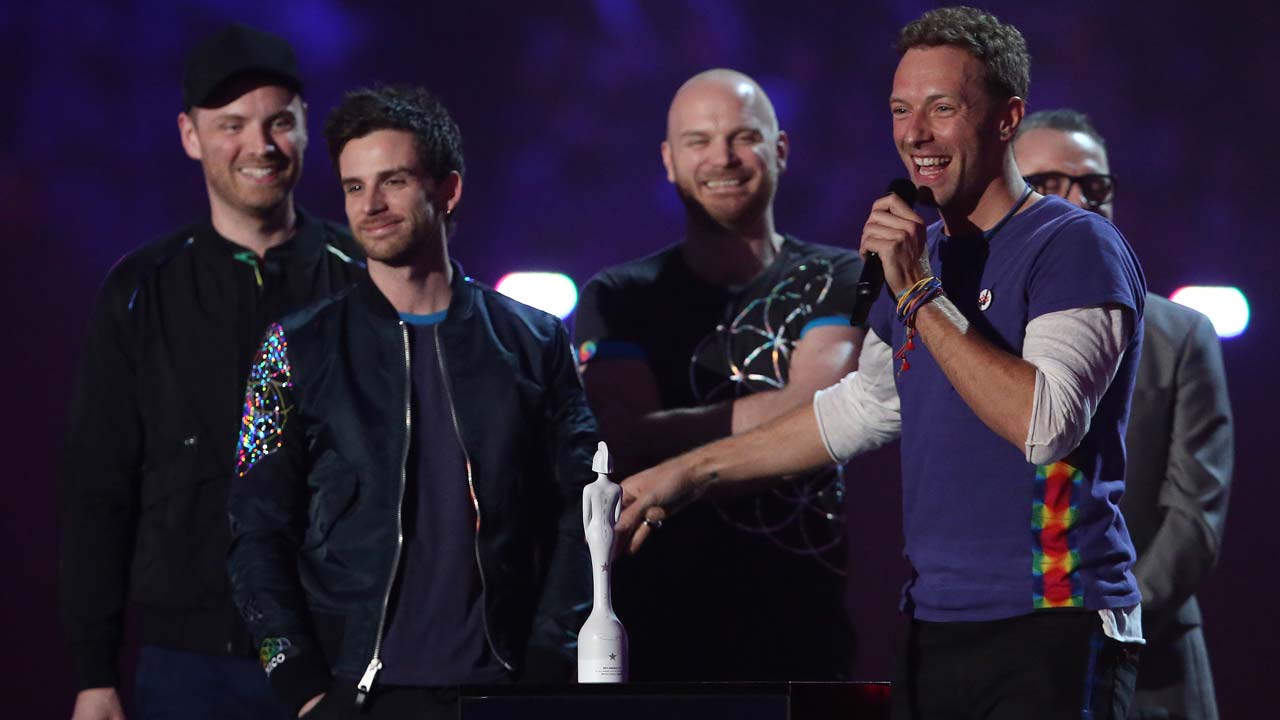 (FILES) This file photo taken on February 24, 2016 shows
British musician Chris Martin (R) and members of the band Coldplay on February 24, 2016. Coldplay on March 2, 2017, released a piano ballad in surprise new music by the English rockers to mark frontman Chris Martin’s 40th birthday. “Hypnotised,” described by the band as a “new non-single song,” is the first track off an EP entitled “Kaleidoscope” announced for June 2.

“Hypnotised,” described by the band as a “new non-single song,” is the first track off an EP entitled “Kaleidoscope” announced for June 2.

“Hypnotised” starts off with dream-like chimes and piano with hints of Sigur Ros before turning into a more traditional rock ballad.

The song — in which Martin confesses he’s “never gonna be a saint” but finds renewal through love — is accompanied by a soothing video with images of the sea.

A Coldplay statement described the EP as a “sister release” to the band’s last album “A Head Full of Dreams,” which featured a song called “Kaleidoscope.”

Coldplay, which has enjoyed worldwide success since its debut album “Parachutes” in 2000, had hinted that “A Head Full of Dreams” may be its swan song when it came out in late 2015.

Coldplay has gone on a marathon global tour for “A Head Full of Dreams.” An Asian leg opens on March 31 in Singapore before second rounds through Europe and North America.

The group will also headline a new Global Citizen festival in Hamburg on July 6 to press leaders of the Group of 20 major economies to work to end extreme poverty in the developing world.

Pope to meet EU leaders on eve of Rome summit

Oboh ready to rumble at 2017 Ladies Open in Switzerland