How conjoined Nigerian twins were separated in India 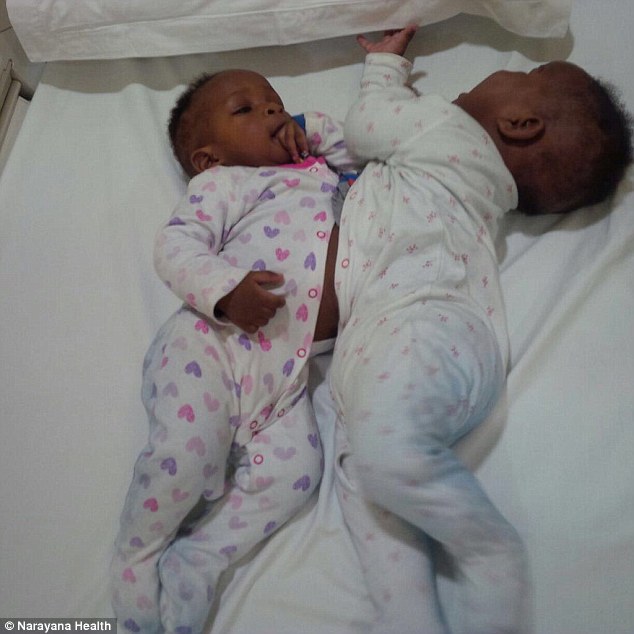 Conjoined Nigerian twins, John and James have been successfully separated in a complex operation which involved 22 specialists and are now back to their old, playful selves.

The twins who were fused together at the upper part of their abdomen before Indian doctors gave them a new lease of life.

The pair made the 7,500km journey to a specialist hospital in Bangalore for the marathon operation that involved 22 specialists.

Medics now assured that the twins are ready to live ‘independent lives’ – despite spending the first six months of life attached to each other.

The infants, who already defied medical expectations by surviving for so long, were classed as omphalopagus twins due to where they were attached.

Medical scans revealed James and John, who have since made an ‘unremarkable recovery’ only shared a liver. 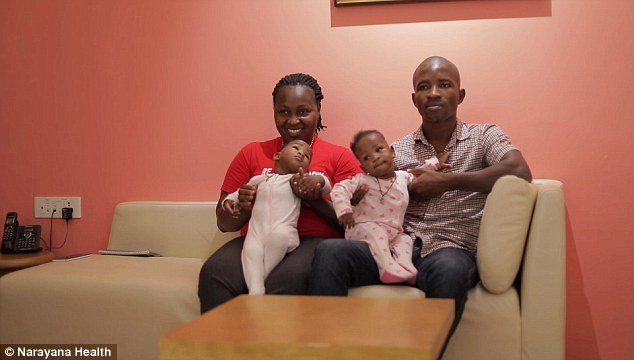 Their unnamed parents were referred to Narayana Health Hospital in Bangalore for surgery. The hospital had already separated six conjoined twins.

A statement issued by the hospital chain revealed their family had done an ‘excellent job’ caring for them and they were in good health.

Surgeons were able to divide their liver into two pieces, allowing both children to keep part of the vital organ – which can grow back on its own.

Sanjay Rao, senior consultant at the hospital, said: ‘The main factor influencing success of treatment is the shared anatomy and organs.

‘The goal of surgery is to achieve a safe separation and to have two normal children with no morbidity and disability,” he said

‘The operation was successfully done by an interdisciplinary team consisting of six surgeons, six anesthetists, four anesthetic technicians, six nurses amongst others.” he added.

He praised the ‘careful planning and coordination’ between various teams that were involved in separating James and John.

Who determines sponsors of terrorism? by Abdulbasit Kassim