Coronavirus: Death toll rises to 170 in China as WHO mulls emergency declaration 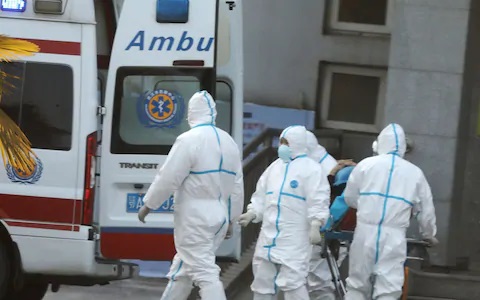 The number of deaths from the new coronavirus outbreak in China has climbed to 170, with the virus now spreading to every province in the country, state media reported on Thursday.

Of those killed, 162 deaths occurred in Hubei province, the epicentre of the outbreak, while the virus is confirmed to have infected 7,736 people on the mainland.

Seventy cases have also been detected in more than two dozen countries worldwide, with person-to-person transmissions reported in Japan, Germany, Taiwan, and Vietnam.

The World Health Organisation will reconvene its expert committee on Thursday to determine whether to declare the rapidly spreading outbreak a public health emergency of international concern.

WHO director-general Tedros Adhanom Ghebreyesus has said the group “deeply regrets” referring to the worldwide risk from the virus as “moderate” rather than “high” in several reports last week.

The outbreak made the Swedish furniture group Ikea decide on Thursday to temporarily close all of its stores in China after it said on the previous day it would close approximately half of its branches.

Qualifying matches for the Asian Football Confederation championship scheduled to take place in China will be postponed and played away from home due to the coronavirus outbreak, the league said.

Home matches for the Chinese clubs from Beijing, Shanghai, and Guangzhou in the AFC Champions League Group Stage were due to kick off between February and early March.

The decision to re-order the matches was made after close consultation with the Chinese Football Association, the AFC said.

They join a growing list of sporting events cancelled following the outbreak.

Overnight, Lufthansa, KLM, Finnair, American Airlines, and IndiGo joined the growing number of airlines that suspended some or all flights to China.

The Air New Zealand aircraft would have a capacity for around 300 passengers and will fly from Wuhan directly to New Zealand.

Health Minister David Clark told media the government was still working on the quarantine plans for those who return from China. Currently there were 53 New Zealanders registered in Wuhan.

“We have not yet had a case of coronavirus” in New Zealand, Clark said.

Meanwhile, Japan confirmed on Thursday that three of the 206 Japanese citizens evacuated from Wuhan on the previous day have been infected with the virus.

Two of them did not show any symptoms.

Twelve of the 206 have been hospitalized, Tokyo said.

A second chartered flight carrying a group of 210 Japanese evacuees from Wuhan arrived at Tokyo’s Haneda Airport earlier in the day.

The first person-to-person infection was a bus driver, the government said on Tuesday.

On Wednesday, the government found a tour guide working with the driver was also infected.

The two rode in a bus with visitors from Wuhan.

That brings the total number of infections in Japan to 11.