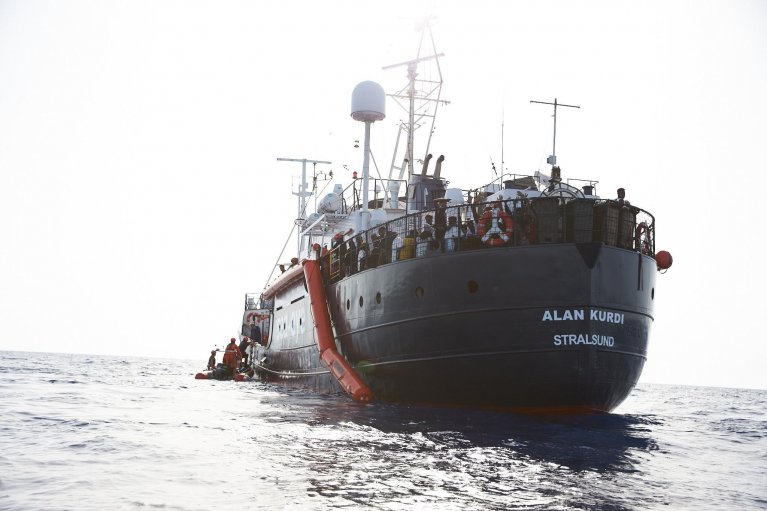 Italy is no longer accepting foreign migrant rescue boats in its ports due to the novel coronavirus pandemic, the Infrastructure and Transport Ministry said on Wednesday.

As a result, the 150 people taken in on Monday by the Alan Kurdi, a rescue vessel run by the German aid group Sea-Eye, should be taken in by Germany, a ministry statement said.

New Italian regulations were adopted on Tuesday. The ministry said they follow similar restrictions adopted against the arrival of cruise ships and other foreign vessels.

“Due to the outbreak of coronavirus, Italian ports cannot be classified as ‘safe places’ for the landing of people rescued from boats flying a foreign flag,” a ministerial decree said.

In Berlin, a spokesman for the German Interior Ministry said it was warned by both Italy and Malta that they would no longer take in foreign migrant rescue boats.

“The message was passed on to Sea-Eye last week, when the charity resumed operations in the central Mediterranean.

“The German government is working with all parties to solve the Alan Kurdi issue,” the spokesman added.

Italy has been under a coronavirus lockdown since March 10, and its death toll from the epidemic, standing at more than 17,000, is the highest in the world.

Migrant landings are still happening. Some 177 were registered in the first days of April and 241 in March, down from 1,211 in February and 1,342 in January, according to Italian Interior Ministry data.