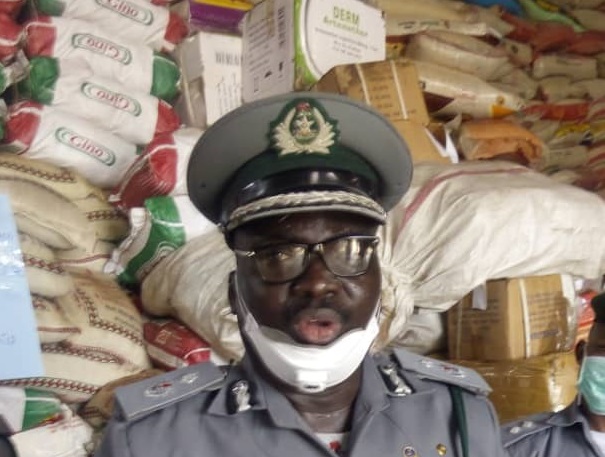 In spite of the border closure to contain spread of Coronavirus, the Seme Command of the Nigeria Customs Service has seized contraband with Duty Paid Value of over N77 million in the last one month.

The News Agency of Nigeria reports that the Nigeria-Benin Republic border was shut on March 21 following the outbreak of COVID-19 in the country.

The Acting Customs Area Controller at the border, Chedi Wada, told NAN in Seme on Tuesday that 95 suspected smugglers were arrested over the seizures.

He said that the contraband included 686 bags of imported 50kg rice, 259 cartons of frozen poultry products, over 360 sacks of textile materials and many other general merchandise goods.

According to the Seme Customs boss, the smuggled goods have a total Duty Paid Value of N77, 867,771.

Chedi said that one of the challenges confronting the customs was the wrong notion by border communities who saw smuggling as their birthright.

“It is unfortunate that people in the border communities see the customs as their enemy when we try to stop these smuggling activities.

“Luckily, through their traditional rulers, we have been able to do a lot of sensitization programmes to enlighten them on evil of smuggling,” he said.

Wada said that the command had neutralized some of illegal routes where smugglers used to perpetrate their smuggling activities.

“We are also at the beach because smugglers have now device method of smuggling across the sea,” he said.