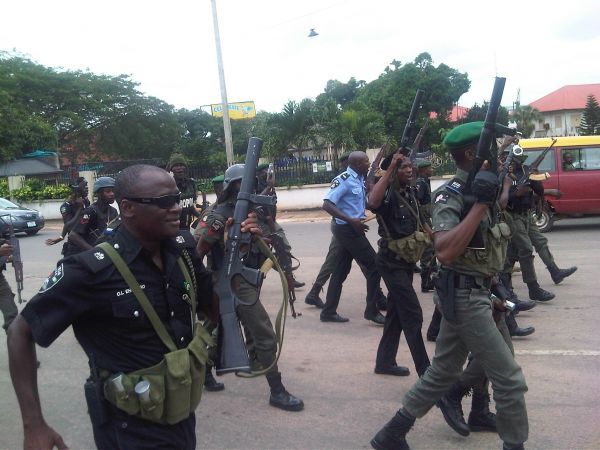 The police in Lagos on Sunday advised parents to adequately watch over their children during the coronavirus lockdown to ward off child abusers, who could take undue advantage of the period.

The Lagos State Police Public Relations Officer, DSP Bala Elkana, said in a statement that activities of paedophiles were increasing.

He said that the command arrested two suspects in the past week over alleged child defilement.

“A woman reported at the Ikorodu Police Station that she kept her nine-year-old daughter in the care of one Mercy and left for the hospital.

“On getting back from the hospital, she discovered that the girl was no longer there,” he said.

The police spokesman said that the woman later saw her daughter coming out from the home of one man (name withheld).

“On enquiry, her daughter told her that the man had sexual intercourse with her,” he said.

Elkana said that the alleged victim had been taken to a hospital for medical examination and treatment.

“The suspect has been arrested by detectives from the Juvenile Welfare Centre, Ikorodu Police Station, and transferred to the Gender Unit, Lagos State Police Command Headquarters, Ikeja, for more investigation and prosecution,” he said.

Elkana also said that operatives from Okokomaiko Police Station arrested one 52-year-old security guard in Okokomaiko for allegedly having sexual intercourse with a 13-year-old.

“He is alleged to have dragged the victim into his security post on two different occasions.

“The victim was taken to a hospital for medical treatment and forensic examination.

“The suspect was arrested and transferred to the Gender Unit for further investigation and possible prosecution, ” he said.

Elkana alleged that records showed that the suspect was a habitual child abuser.

The spokesman gave the assurance that the two suspects would be charged to court.

“The Commissioner of Police, Lagos State, Hakeem Odumosu, uses this medium to advise parents to beware of paedophiles preying on their children during the lockdown period,” Elkana said.

“A case of child abuse was reported online by a mandatory reporter through instablog9ja.

“Detectives from Gender Unit, in collaboration with the Office of the Public Defender and social workers from the Ministry of Youth and Social Development, rescued the victim on Omotoso Street, Igando.

“The alleged abuser was arrested,” he said.

Elkana said that the victim had been taken to a hospital for treatment and kept in a safe home provided by the Lagos State Government.

“The suspect, who is a caregiver to the victim, is said to have allegedly pushed the victim, who sustained injuries on her face.

“The suspect is seen in the viral video hitting the survivor on the floor.

“The suspect will be charged to court.

“The command will continue to protect the rights of the vulnerable members of the society, especially children,” he said.