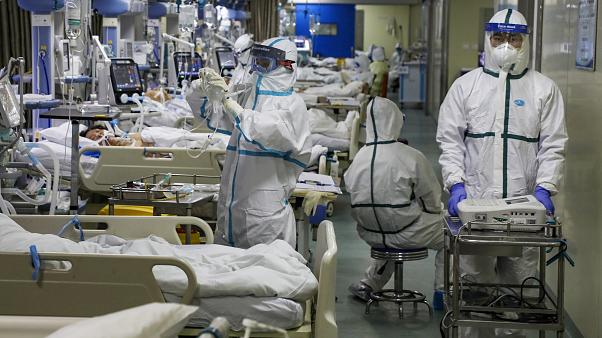 The UN Economic Commission for Africa, UNECA, in a new report on the Coronavirus pandemic says over 300,000 Africans may lose their lives due to COVID-19.

This is as the pandemic continues to impact on the continent’s struggling economies whose growth is expected to slow down from 3.2 per cent to 1.8 per cent in a best-case scenario.

The report made available to the News Agency of Nigeria on Friday by its Communications Section, the ECA said the scenario would also push close to 27 million people into extreme poverty.

The report, which was launched virtually on Friday and titled: “COVID-19: Protecting African Lives and Economies”, the ECA said Africa’s fragile health systems could see additional costs being imposed on them.

The UN agency explained that this is because of the growing crisis that has, to date, resulted in over 16,000 infected Africans and claimed over 800 lives at the time of the report’s launch.

Vera Songwe, UN Under-Secretary-General and Executive Secretary, ECA, said that to protect and build toward the continent’s shared prosperity, 100 billion dollars is needed to urgently and immediately provide fiscal space to all countries.

Ms Songwe noted that Africa is particularly susceptible because 56 per cent of its urban population is concentrated in slums or informal dwellings and only 34 per cent of African households have access to basic handwashing facilities.

“The economic costs of the pandemic have been harsher than the direct impact of the COVID-19.

“Across the continent, all economies are suffering from the sudden shock to the economies.

“The physical distancing needed to manage the pandemic is suffocating and drowning economic activity,” she said.

NAN reports that the ECA report is the culmination of in-depth analyses presented to African Ministers of Finance in two virtual meetings.

It is also an extensive consultation with key representatives from civil society, international finance institutions and the private sector.

The ECA, however, noted that Africa’s small and medium enterprises risk complete closure if there was no immediate support.

According to ECA, the price of oil, which accounts for 40 per cent of Africa’s exports has halved in value, and major African exports, such as textiles and fresh-cut flowers have crashed.

The body added that tourism, which accounts for up to 38 per cent of some African countries’ GDP, has effectively halted, as the airline industry that supports it no longer fly.

On partnerships, the ECA report noted that African economies are interconnected; the response to the crisis ‘must bring us together as one’.

On mitigation, the report outlined a number of concerted efforts to keep trade flowing, especially in essential medical supplies and staple foods, with a strong policy push to fight the urge to impose export bans.

The ECA also suggested that intellectual property on medical supplies, novel testing kits and vaccines must be shared to help Africa’s private sector play its role in the response.

“That is why we call on the international community to support by injecting more liquidity into our economies,” she adds.

The ECA boss said there was a need for never-before-seen assistance through innovative financing facilities.

“We must build back better by ensuring that we are climate-conscious in rebuilding and by leveraging the digital economy.

“Women are the front end and the back end of this crisis, they are our nurses and run many of the small businesses.

“Policies put in place to respond to the crisis must be in collaboration with them.

“We must be firm and clear on good governance to safeguard our health systems, ensure proper use of emergency funds, prevent our businesses from collapse, and reduce worker lay-offs,” she said.