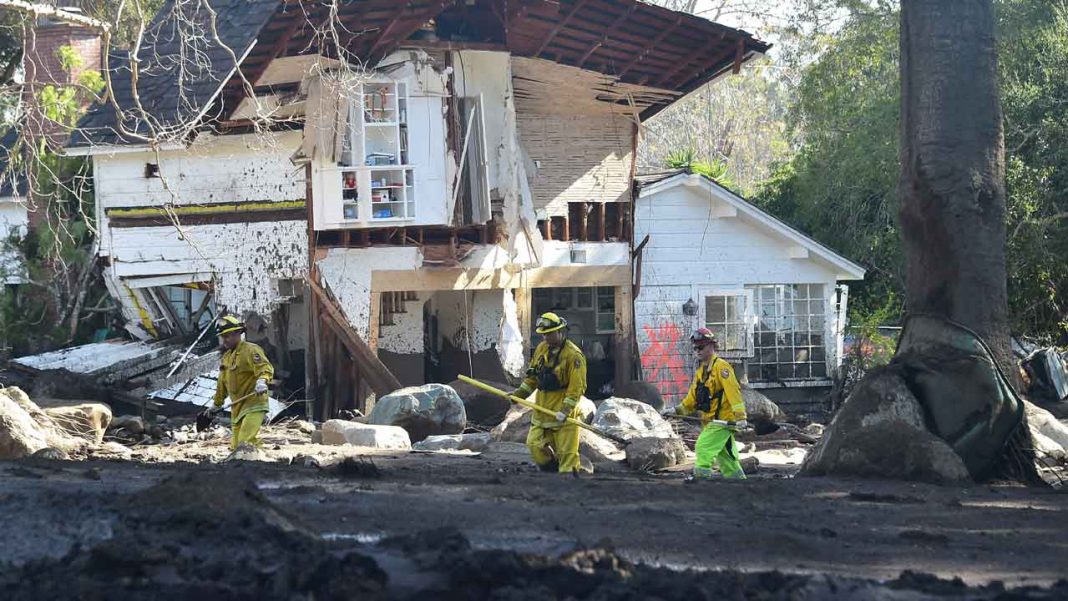 Search and rescue team workers walk past a demolished property in Montecito, California on January 12, 2018. Heavy rains on January 9 sent rivers of waist-high mud and debris flowing from the hills into Montecito and other towns in Santa Barbara County northwest of Los Angeles, which are still recovering from last month’s ferocious wildfires. At least 17 people died and dozens of residents are still unaccounted for.FREDERIC J. BROWN / AFP

Authorities in southern California said Friday they had discovered the body of an elderly man killed by mudslides that battered the region earlier this week, lifting the overall death toll to 18.

The 87-year-old man was “located by a search and rescue team in his residence,” said Bill Brown, the sheriff of Santa Barbara county.

Rescuers are continuing their search operations, with the missing now numbering seven, including a two-year-old girl, according to the Santa Barbara sheriff’s office.

Heavy rain on Tuesday, which followed 10 months of drought, sent sticky mud and debris flowing from the hills into Montecito.

In addition to the dead and injured, 65 houses have been destroyed while another 462 sustained damage.

Terrifying wildfires forced people to evacuate in December, and the mudslides struck just two weeks after they returned.

The fires burned most vegetation, leaving perfect conditions for the latest disaster to unfold.