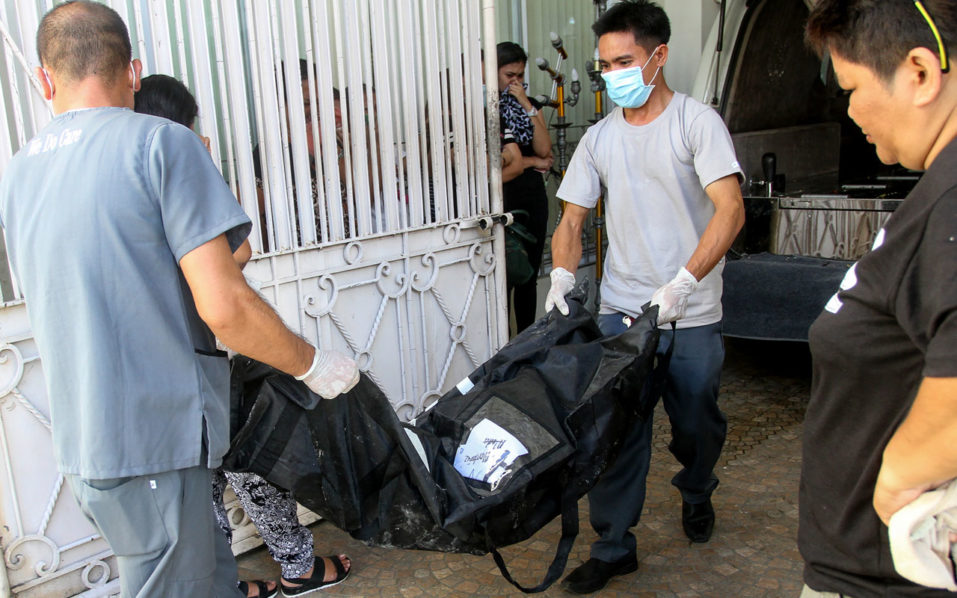 Funeral workers carry the remains of one of the mall fire victims after forensic processing in Davao City on the southern Philippine island of Mindanao on December 26, 2017. Philippine President Rodrigo Duterte vowed on December 26 to get to the truth about a blaze in his home city that killed 37 call centre workers. / AFP PHOTO / MANMAN DEJETO

The death toll from a fire that ravaged a shopping mall in the southern Philippines has risen to 38 after the body of a mall safety officer was discovered, the city mayor said Wednesday.

The officer died trying to rescue those trapped in the blaze at the four-storey NCCC mall in Davao City on Saturday, the operators said.

Also killed were 37 employees of a 24-hour call centre for US-based market research firm SSI on the top floor of the building.

Mayor Sara Duterte, the daughter of Philippine President Rodrigo Duterte, said one SSI employee is counted among the dead even though her body has not yet been recovered.

President Duterte, who hails from Davao City, has vowed to get to the truth of the blaze. Labour groups charged that the high death toll was a sign safety rules were not met, a claim denied by the mall operators.

NCCC mall spokeswoman Thea Padua said in a statement on Wednesday that “we categorically deny the allegations that we do not have enough fire exits, extinguishers, sprinklers and designated fire escapes. We have been fully compliant with the labour standards.”

The cause of the blaze has still not been determined. The justice and labour departments and Davao’s fire-fighting bureau have ordered separate investigations.