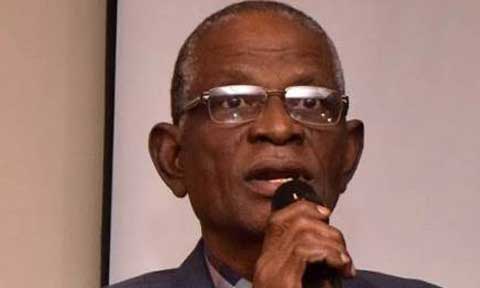 Ibrahim Sha’abanhttps://dailynigerian.com/
Jaafar Jaafar is a graduate of Mass Communication from Bayero University, Kano. He was a reporter at Daily Trust, an assistant editor at Premium Times and now the editor-in-chief of Daily Nigerian.
- Advertisement -

The Minister of Information and Culture, Lai Mohammed, has described the death of former Village Headmaster Producer, Tunde Oloyede, as a big blow to the Creative Industry in particular and the nation in general.

In a statement issued in Lagos on Tuesday, the Minister said Mr Oloyede’s demise had robbed the nation’s Creative Industry of a great icon, a creative genius and a passionate advocate of the industry.

He said while Mr Oloyede was a man of many parts, he stood out for his legendary role in the production of the TV drama series, Village Headmaster, which for a long time enraptured Nigerians.

”Chief Oloyede was a key player in the timeless and evergreen Village Headmaster. The industry and the nation remain grateful to him and the other greats who made the TV series a household name in its time, and even now.

”As a notable producer and a former President of the Independent Television Producers Association of Nigeria, Chief Oloyede helped to pave the way for the emergence and success of today’s Nollywood, for which the industry remains eternally grateful,” Mohammed said.

The Minister said the best tribute that can be paid to the late Mr Oloyede is for the industry practitioners to dedicate themselves to a life of excellence, creativity and hard work.

According to him, these qualities made him to excel in his chosen career and brought him accolades in his lifetime and after his demise.

Mr Muhammed prayed that God would give strength and succour to the family of the deceased, and also grant them the fortitude to bear their irreparable loss.

The Minister also prayed that God will grant eternal rest to the soul
of the departed.

Baba Ijesha to be charged with child molestation