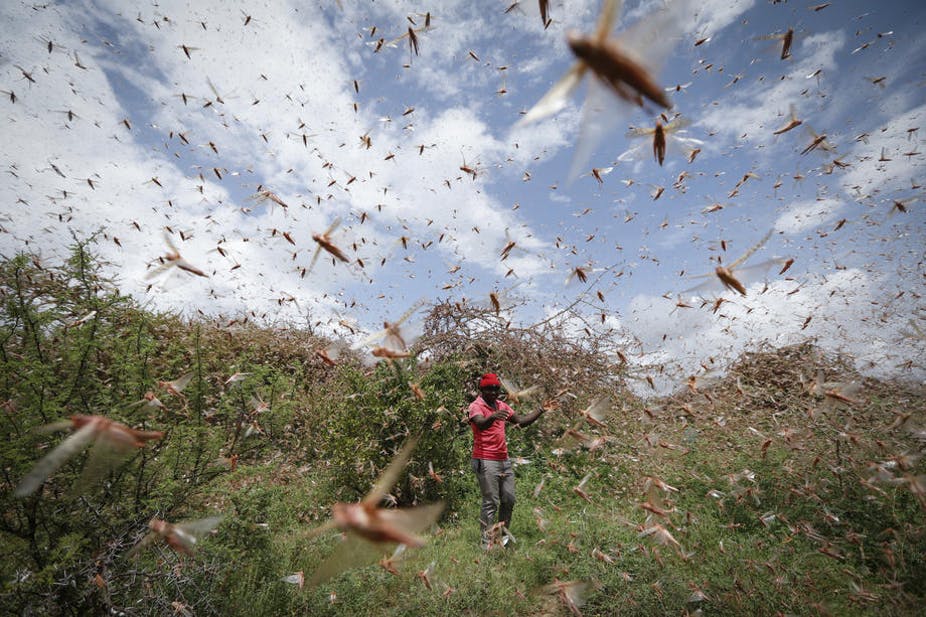 The Food and Agriculture Organisation of the United Nations, FAO, has warned that the desert locust which is the world’s largest mitigatory crop pest is capable of leading millions of people into food insecurity if left unchecked.

It said the menace of diseases and pests in West Africa is clearly evident in the considerable annual losses of up to 25 per cent of animal production and as high as 40 per cent of plant production.

FAO Representative in Nigeria and Economic Community of West African States, ECOWAS, Fred Kafeero, stated this on Wednesday in Abuja.

He was speaking at the opening session of the capacity building workshop for competent authorities at National level on the best practices for the anticipation and control of desert locust invasion in West Africa and the Sahel Sub-Region.

Mr Kafeero, who was represented by the Assistant FAO Representative programme, Abubakar Suleiman, said the FAO would ensure implementation of anticipatory and early actions, provide technical assistance to countries and strengthen regional coordination to check the menace of the pest.

According to him, FAO places importance on supporting government efforts at enhancing disaster risk reduction and resilience building in line with its country programing network.

He said FAO would fight against locusts by encouraging “no regrets” investments to strengthen countries’ preparedness and anticipatory action to safeguard the livelihood of their people.

“This will contribute to saving the livelihoods of the affected populations and increasing their resilience to the desert locust invasion.

“It is in view of implementation of this anticipatory and early actions that a technical cooperation project titled “Capacity building of ECOWAS in prevention, surveillance and control of the desert locust.

“As well that the analysis of its impact on Food security and nutrition in the Sahel during the COVID-19 pandemic’ has been developed to be implemented with the support of FAO in collaboration with the Directorate of Agriculture and Rural Development, ECOWAS Commission.

“The project is to provide technical assistance and build and strengthen the locust surveillance and control capacity of targeted countries including Cameroon, Gambia and Nigeria in the area of preparedness and anticipatory actions to prevent the desert locust invasion,” he said.

In his remarks, Minister of Agriculture and Rural Development, Dr Mohammad Abubakar, said the need for Nigeria and its neighbours within the African continent to join efforts toward the survey and management of such pests was imperative.

Abubakar, who was represented by the Chief Veterinary Officer of Nigeria, Dr Olaniran Alabi, said the training would go a long way in strengthening the capacity of field staff in responding to invasion by any transboundary pests.