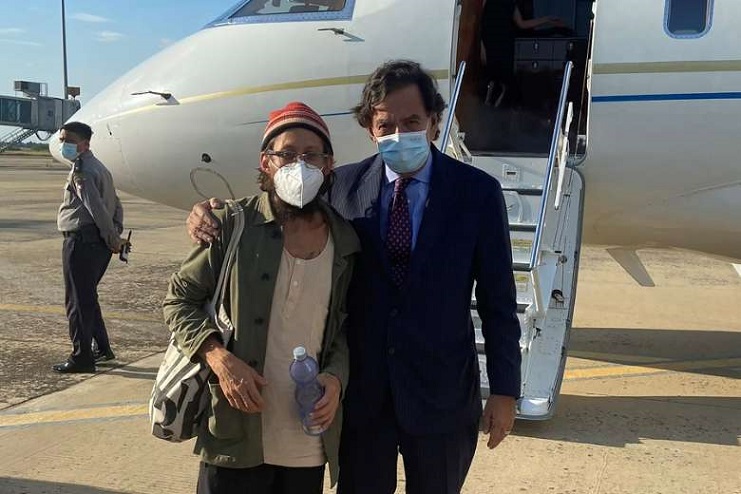 Detained American journalist, Denny Fenster, has been released and deported amid growing international pressure after a Myanmar court sentenced him to 11 years in prison.

According to his employer, Frontier Myanmar, “we are relieved that Danny is finally out of prison, somewhere he never should have been in the first place.”

Frontier’s Editor-in-Chief, Thomas Kean, said “the Frontier team would like to thank all of those who worked to secure Danny’s release over the past five-and-a-half months.”

According to Bill Richardson, a former governor of the U.S. State of New Mexico, Fenster and a team from the Richardson Centre are set to head home, through Qatar, during the next day and a half.

The hope is to reunite Fenster with his family as soon as he is back in the United States.

Mr Fenster was sentenced to 11 years in prison by a military court on charges of incitement, unlawful association and immigration.

He was arrested at Yangon International Airport while attempting to return to the U.S.

Myanmar has been beset by chaos and violence since a coup in February. The military suppresses all resistance with brutal force.