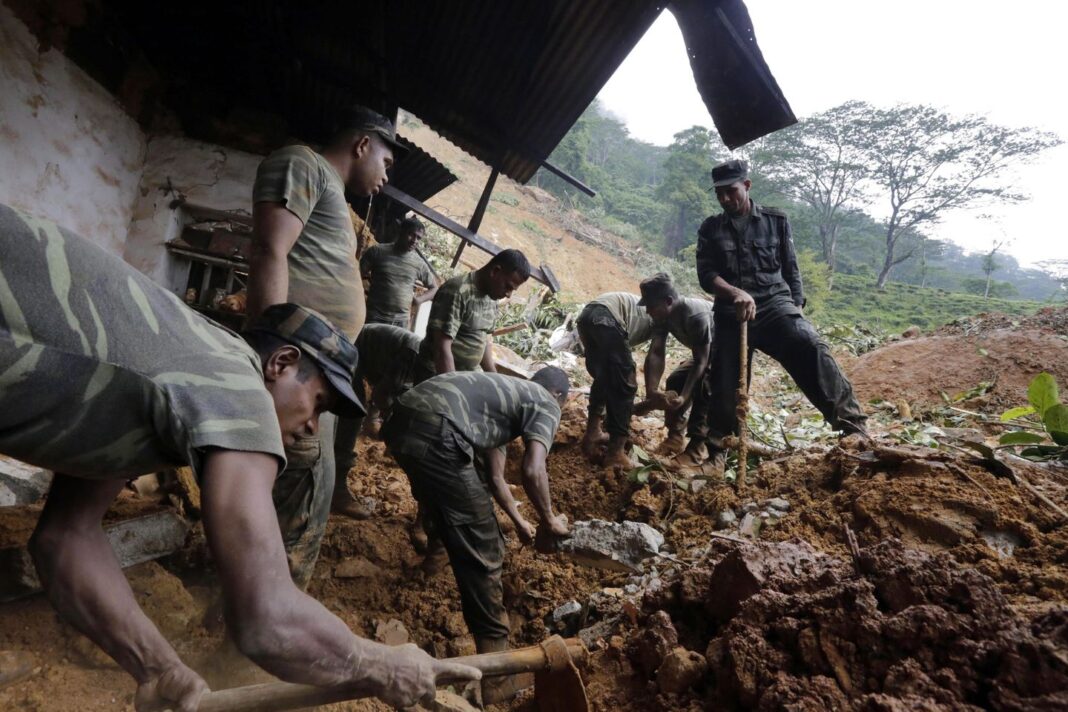 The extreme weather had also caused widespread damage to houses and agricultural crops in the past three days.

Four were killed in landslides in two separate areas on Monday night.

In Rambukkana, 95 kilometres east of the capital Colombo, three people from a family of four who were buried in a landslide died.

One of them was rescued, while the bodies of three others were recovered, police said.

In the central Narmmala area, a 23-year-old woman was killed in the landslide.

The other six deaths were from flooding and landslides on Sunday.

Thousands of acres of agricultural land, including paddy land, were underwater.

More than 50 houses have been damaged and several roads are unable to be used in different parts of the country.

Most parts of the country have been receiving heavy rains due to an atmospheric disturbance in the Bay of Bengal.