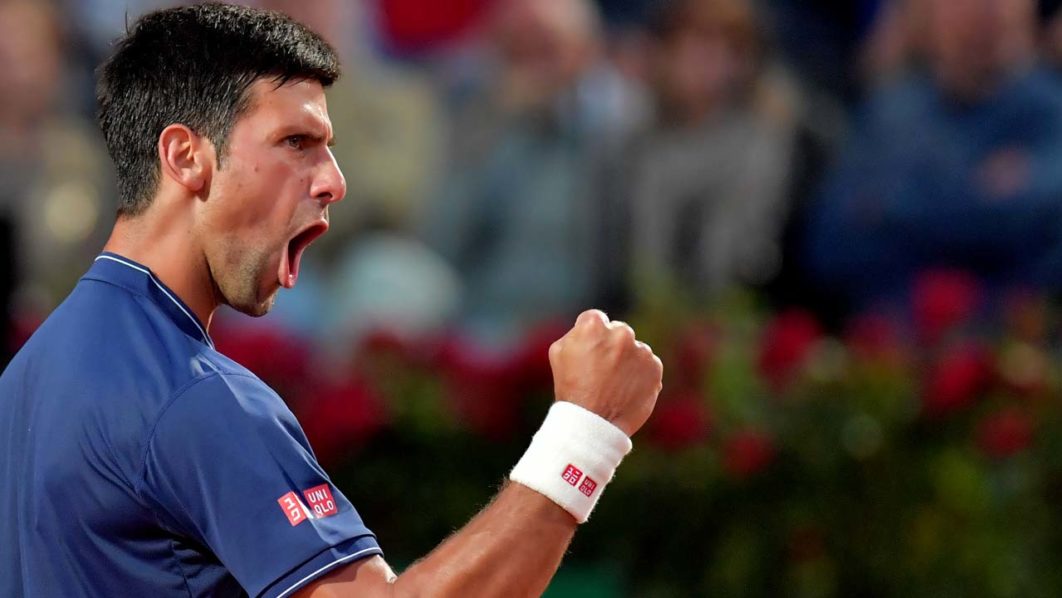 Novak Djokovic of Serbia reacts during the semi-final match against Dominic Thiem of Austria at the ATP Tennis Open tournament, on May 20, 2017 at the Foro Italico in Rome. TIZIANA FABI / AFP

Former world number one Novak Djokovic will warm-up for a tilt at a record seventh Australian Open crown by playing in an innovative quickfire event at the Melbourne venue.

Djokovic, who has been sidelined since July with a right elbow injury, is making his long-awaited return to the game at an exhibition tournament in Abu Dhabi from December 28-30.

Each match will last for one tiebreak, with the first player to 10 points winning.

The entire tournament will be completed on the night, and the winner will pocket US$250,000.

The Australian debut of the novel format comes after three previous events in London, Vienna and Madrid.

Kyrgios, who brought an early end to his season in October because of a long-standing hip injury, said the tournament “really suits my game style”.

“I am looking forward to having some fun with it and I reckon the crowds will really get into it,” he added.

The Australian Open’s tournament director Craig Tiley said he was “absolutely thrilled” the format would feature in Melbourne, adding that it was “fast, its flashy and heaps of fun for everyone”.

The Australian Open begins at Melbourne Park on January 15.