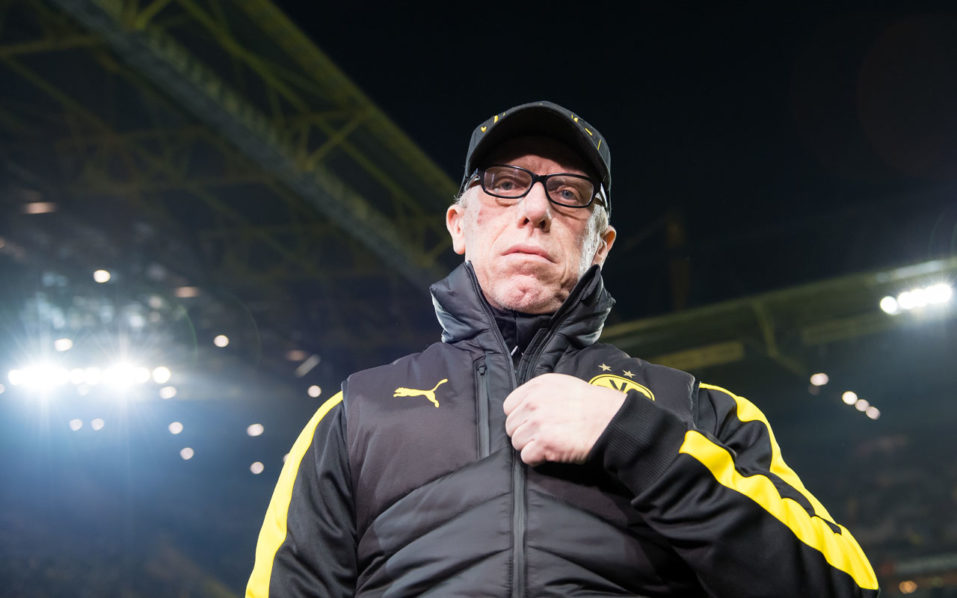 New Borussia Dortmund coach Peter Stoeger has his sights set on glory as his team prepares for a heavyweight round of 16 German Cup tie with Bayern Munich on Wednesday.

Cup holders Dortmund have won two games in two since Stoeger took over from Peter Bosz earlier this month, rediscovering their winning ways just in time to face Bayern in Munich this week.

Faced with his biggest test yet as Dortmund coach, Stoeger is allowing himself to dream of silverware, as Dortmund look to retain the German Cup.

“I don’t know how many chances I will get to reach a cup final,” the Austrian said. “Ideally, I would like to win the trophy.”

There is a place in the quarter-final at stake on Wednesday, but with Bayern and Dortmund facing each other so early on, the winner will surely be the favourite to go on and win the German Cup.

Having overcome title rivals RB Leipzig in the last round, favourites Bayern will face yet another unusually tough test when they host Dortmund.

The two teams have met in the cup in each of the last six seasons, each winning three ties, and have contested three finals since 2012.

It is Dortmund who have had the upper hand recently, eliminating Bayern in the semi-final twice in the last three years.

“We have always played well against Bayern in the cup over the last few years,” said Dortmund defender Sokratis. “They will be favourites on Wednesday, but everything is possible in one game.”

Bayern won 3-1 in Dortmund in a Bundesliga fixture last month, and the two teams have had conflicting fortunes in recent months.

While Bayern have pulled 11 points clear at the top of the Bundesliga under Jupp Heynckes, Dortmund endured eight games without a win until Stoeger’s recent arrival.

Yet Bayern insist that they are not going to underestimate their rivals.

“We must assume that we have an extremely difficult game ahead of us on Wednesday,” said defender Joshua Kimmich. “It is an absolute highlight, and we absolutely have to win it.”

Both sides are struggling with injury problems, with several key players set to miss out. Arjen Robben, Thiago and Manuel Neuer are still sidelined for Bayern, while Dortmund will be without Marco Reus, Mario Goetze, Maximilian Philipp and Gonzalo Castro.

While Goetze will miss out on a chance to visit his former club, former Dortmund players Robert Lewandowski and Mats Hummels are expected to start for Bayern.

“Games between Bayern and Dortmund are simply brilliant,” said Hummels. “You always get nervous in the build-up. It is without doubt the biggest game in German football.”