Dozens gather outside High Court in London in support of Assange 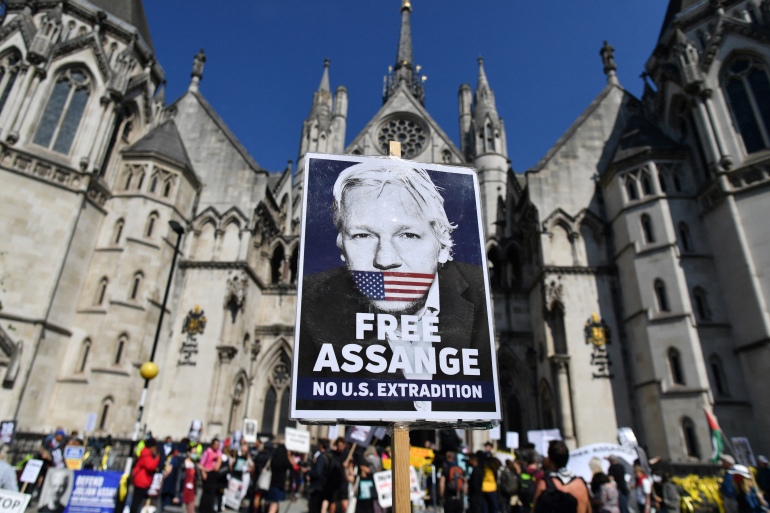 Dozens of people on Wednesday gathered outside the High Court in central London in support of Julian Assange.

The small group, who had speakers and signs reading “free Julian Assange’’ had been there ahead of a two-day legal challenge by the U.S. against a decision not to grant extradition.

Sadia Kokni, 40, from Merton, south-west London, told the PA news agency: “its so greatly important to be here, its not just important for journalists its important for everyone globally.

“Its because of the atrocities he has exposed, he’s a justice and truth seeker who stands up for everyone, we’re here to make sure justice happens.’’

READ ALSO:   US envoy Tillerson calls on allies to keep fighting IS

James Andrew, 57, from Haywards Heath in East Sussex, added: “this is an abuse of human rights and the legal justice.

“This can’t set a precedent that America can choose to punish somebody who is telling a truth that embarrasses them.

Assange, 50, is wanted in the U.S. on allegations of a conspiracy to obtain and disclose national defence information following WikiLeaks’ publication of hundreds of thousands of leaked documents relating to the Afghanistan and Iraq wars.