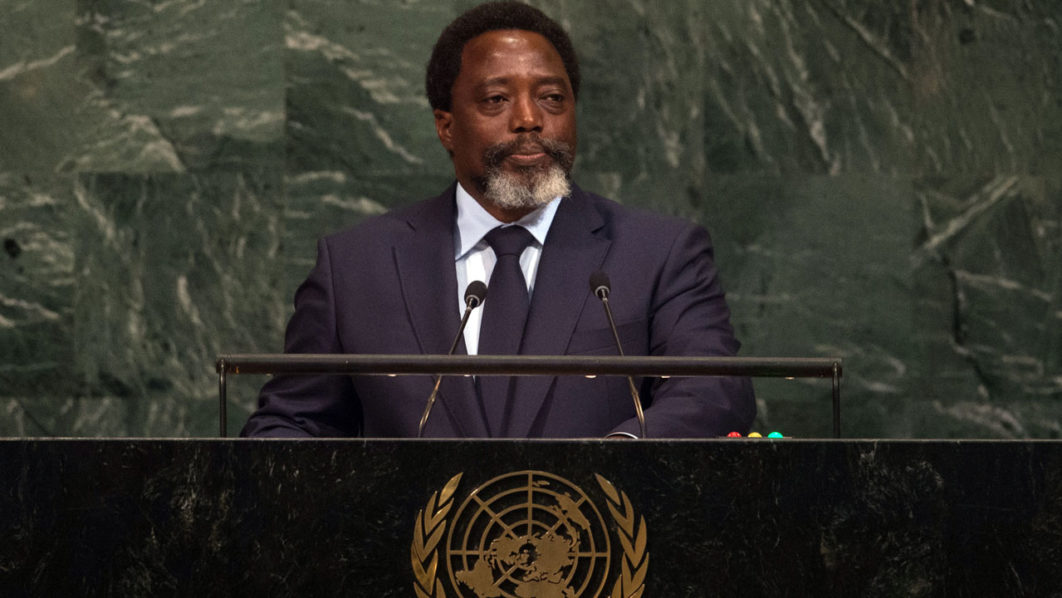 The opposition in Democratic Republic of Congo said Wednesday it had garnered enough signatures to challenge a new electoral reform, which it says is buttressing the ruling party of President Joseph Kabila.

Opposition spokesman Christophe Lutundula said the reform “automatically” banned certain hopefuls from running against Kabila in the next election, scheduled for December 23, 2018.

The opposition says the law automatically excludes certain candidates by setting a minimum threshold of the share of the national vote that a candidate must win in order to obtain a seat.

They also dispute the use of voting machines in ballot stations and the high deposit that candidates must pay, equivalent to several hundred dollars.

The changes “have put into place provisions which exclude independent candidates and are a flagrant violation of the constitution,” Lutundula told AFP.

He said more than 50 lawmakers have so far signed a petition to contest the changes in the constitutional court.

The petition has not only been endorsed by opposition members but also by MPs from the parliamentary majority, according to Lutundula.

Some small parties in the ruling bloc had criticised the electoral package passed by the National Assembly on December 4.

Majority spokesman Andre-Alain Atundu accused the opposition of using “delaying tactics to hold up the election”.

The reforms mark the first official step in the countdown to next year’s ballot aimed at bringing about Kabila’s belated departure and restoring stability in the crisis-hit country.

In power since 2001 when he took over from his assassinated father Laurent Kabila, he refused to step down at the end of his second and final term in office in December 2016.

Elections had been due to take place by the end of 2017 under a deal with the opposition aimed at avoiding bloodshed.

But the date has since been pushed back until next December, further heightening tensions.