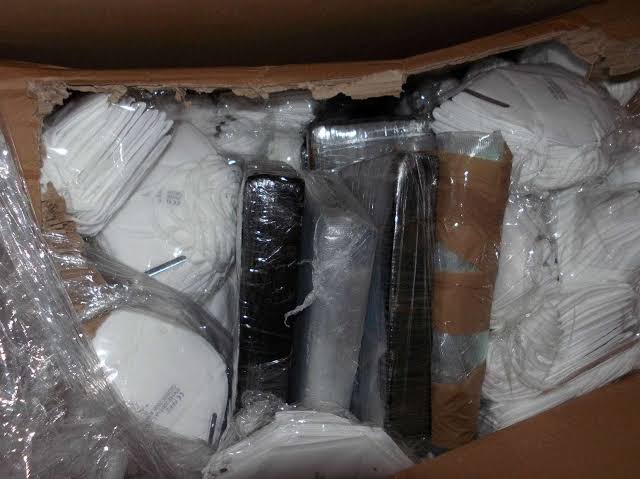 British customs officers have seized 14 kg of cocaine worth over one million pounds that smugglers had hidden in a consignment of face masks in the UK customs zone of the Channel Tunnel.

The cocaine, wrapped in 15 packages, was found in boxes full of face masks when a Polish-registered van bound for Britain was searched, the interior ministry said on Thursday.

Darren Herbert, the National Crime Agency’s operations manager for the port of Dover said a 34-year-old Polish man was arrested.

“This seizure is further evidence of the way criminal networks are attempting to exploit the coronavirus outbreak to their own ends.

“We are now investigating who was behind this attempt, but what is clear is that they have taken a substantial hit,’’ Herbert said.

At UK street prices, this haul might have raised more than 1 million pounds once adulterated and cut down, profit that they have now been denied.

Ian Hanson, Border Force regional director at Coquelles, France, said such a seizure showed the lengths to which smugglers were willing to go.

According to the latest UN drug data Global, cocaine production rose to 1,976 tonnes of 100 per cent pure in 2017, the largest ever reported.

Production, mostly in Latin America, has risen 50 per cent in the past decade.