O’dua Group to be transformed into world class conglomerate — Chairman 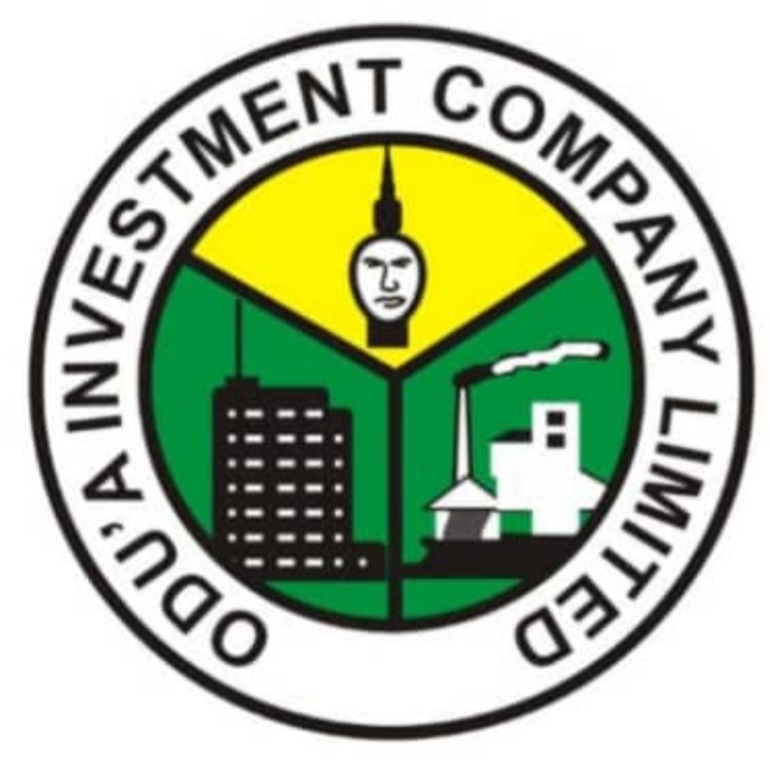 O’dua Investment Company Limited is currently undergoing restructuring to enhance its performance, achieve sustainable growth and transform into a world class conglomerate in no distant time.

O’dua Group chairman, Segun Aina, disclosed this at the 45th anniversary commemorative lecture of the conglomerate on Friday in Ikeja.

The News Agency of Nigeria reports that the theme of the lecture was: From Regional Player to Global PowerHouse”.

The board chairman said the company, owned by the six states in the South-West, aimed at emerging as a world class conglomerate in no distant time.

“Oodua Investment Company Ltd is being transformed into a lean, non-operating investment holding company to enhance transparency, focus on investment management and sustainability, traverse a path of maximum impact, and leverage on the models we have seen succeed in similar institutions across the globe.

”We have redefined our vision to one that captures our ambition appropriately, which is, ‘to be a world-class conglomerate’, and a mission ‘to deliver sustainable returns for all stakeholders enhancing the legacy for future generations’,” he said.

Mr Aina said the next four years would be the foundation years for the conglomerate to transform to an impact-driven organisation.

“Our targets for O’dua investment over the next four years are audacious in terms of social impact, growth in revenue and returns on assets with various assets optimisation programmes planned.

”Despite the obvious challenges in the macro-economy, we are optimistic that with the support of everyone and stakeholders, we will over-deliver,” he said.

Mr Aina said the company planned to diversify its portfolio of assets beyond real estate and other subsidiaries and associates.

He said the new investment initiatives of the company would now target selected sectors of the economy, including healthcare, transportation and logistics, ICT, energy and financial services.

“We have the strategic intent to dilute ownership in some of the investments where we currently have 100 per cent ownership, while limiting our shareholding in new ventures to minority holdings as may be necessary.

”We are also seeking partners that will provide capital and technical expertise to run these businesses,” he said.

According to him, the company plans to transform Wemabod Estate, its real estate business, into a leading real estate development company.

He said the company had outlined plans to also transform its hotels into world class destinations, driven by partnerships and global brands.

The board chairman said the company had established new outfits, South West Agriculture Company Limited (SWAgco), Bita Exploration and Production Limited, South West Innovation and Technology Limited (SWIT), among others, to create jobs and grow the economy of the South-West region.

“SwagCo, our agriculture investment vehicle is primed to create a pool of hundreds of thousands of farmers and agroprenuers across the states.

”SWIT will drive our strategic partnerships, investment and activities in the technology and digital space through investment in Techhubs, FinTechs and other ICT business, thus creating huge jobs, a new crop of techpreneurs and wealth as we also set out to support the development of a digital economy in the South West,” he said.

He commended the owner states – Lagos, Oyo, Ogun, Ekiti, Ondo, Osun – for their consistent support for the company, urging them to continue to support the company to achieve its new vision.

Mr Aina said that the fact that the company was still existing 45 years after its establishment was a cause for celebration, adding that the conglomerate had not fared badly.

In his speech, Adewale Raji, Group Managing Director of the company, said the conglomerate was repositioning itself to fulfil its role as both an investment vehicle and a growth engine of the South-West.

He said the company was exploring many possibilities, including starting new businesses to strengthen its operations and add value to the economy.

Mr Raji said the rich heritage that that O’dua Investment had preserved over the years was worth celebrating.

“One of the examples is our venue for today’s event, the Lagos Airport Hotel, which will be 80 years old next year, and is one of the oldest surviving hotels in Nigeria.

”This for us, like many of the other assets in our custody, is not just an investment, but represents a part of our collective history,” he said.

A management expert and a former Country Manager of Accenture, Dotun Sulaiman, who gave the anniversary lecture , said O’dua investment was a treasure inherited from past leaders of the South-West region and that there was the need to reposition it and take it to greater heights .

He urged the company to focus on its areas of strength and foray into emerging but lucrative sectors of the economy.

The expert said the company had missed many investment opportunities in viable sectors like telecommunication, energy and Fintech in the past but that it was not too late to consider those areas.

“The Western Region recorded many firsts many years ago, but where are we today? Though we have yielded grounds but hope is not lost. If we begin to do the right thing with our inherited treasure with O’dua investment company, we will definitely achieve a lot,” he said.

Also speaking, the governor of Lagos State, Babajide Sanwo-Olu, said there was the need for the company to explore new areas of opportunities in the economy.

Represented by his deputy, Obafemi Hamzat, mr Sanwo-Olu urged the company to consider investments in agricultural storage and processing to tap the opportunities in those areas.

“In our country today, 45 per cent of tomatoes produced get wasted. Not that we do not produce enough, but not everything gets to the consumers table.

”So, why don’t we go into storage and processing of these things? We have cocoa plantations, why don’t we invest in those areas to align with the intent of our founding fathers,” he said.

Mr Sanwo-Olu said the world was changing and new investment opportunities were emerging and urged the company to move with the times.

He said the state was happy to be part of the O’dua investment family once again.

NAN reports that governors of the other five states, represented by their deputies, commended the company for the heights attained, pledging their support for its growth in leaps and bounds.