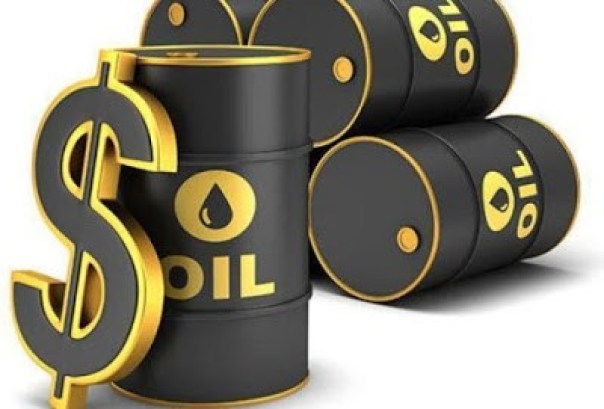 Maryam Hassanhttps://dailynigerian.com/author/rayyan/
Rayyan Alhassan is a graduate of Journalism and Mass Communication at Sikkim Manipal University, Ghana. He is the acting Managing Editor at the Daily Nigerian newspaper, a position he has held for the past 3 years. He can be reached via [email protected], or www.facebook.com/RayyanAlhassan, or @Rayyan88 on Twitter.
- Advertisement -

An oil and gas expert, Wilson Opuwei, says the Federal Government should have benchmarked the 2020 budget not higher than $35 per barrel (pb) to mitigate the impact of oil price fluctuation at the international market.

Mr Opuwei, who is the Chief Executive Officer of Dateline Energy Services Ltd., made the suggestion on Tuesday in an interview with newsmen in Lagos.

NAN reports that the government had budgeted N10.59 trillion for 2020 expenditure with calculated revenue projected at $57 per barrel and crude production of 2.18 million barrels per day.

However, the impact on global trade by the Coronavirus and the ongoing oil production dispute between Russia and Saudi Arabia have seen oil price dropped to $31 per barrel at the international market.

Mr Opuwei said the decision of the Federal Government to review the 2020 budget based on the decline in oil revenue was inevitable as crude oil sales was the major source of foreign exchange for the country.

He said: “The worry for Nigeria is as a result of the budget benchmark.

“Some of us complained at that time that the $57 was too much because it is a benchmark and should not be at par with the pricing at the market.

“The projection for the benchmark should leave a 15 to 20 per cent window on the projected pricing.

“So the budget benchmark should have been between $30 to $35, irrespective of what the oil price is at the market. This will help to balance out any price fluctuation like what we are seeing now.”

READ ALSO:   COVID-19: Decline of new cases is slowing down – WHO

Mr Opuwei said there was no need to panic because the situation was only temporary and was not strange to the oil and gas sector.

“The fall in the price of crude is just a temporary thing and it will come up again. This is one of the challenges being faced by the sector but it is just a small setback.

“Hopefully before the next quarter, the price will come back to between $60 and $65 per barrel but it will have to climb gradually,” he said.

According to him, Nigeria should use this opportunity to explore participation in the parallel market apart from meeting the Organisation of Petroleum Exporting Countries, OPEC, quota.

Mr Opuwei said: “We will still remain under OPEC but that does not stop us from trading in the parallel market.

“If there is an aggressive production by our oil producers, we will exceed what OPEC approved for us to be bringing and that is why we should keep an eye on the alternative market.”