Dybala back as Juventus chase Christmas number one 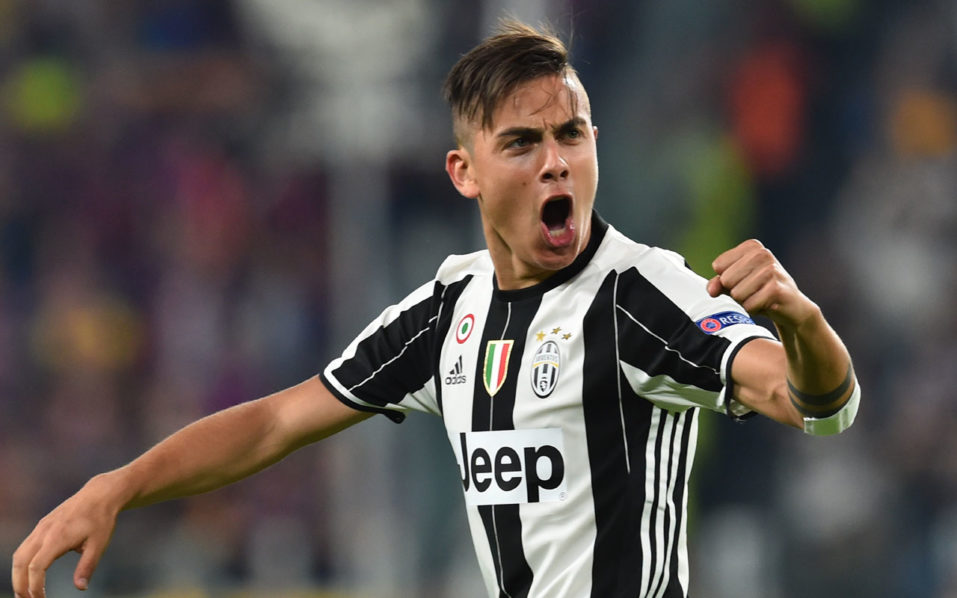 (FILES) This file photo taken on April 11, 2017 shows Juventus’ forward from Argentina Paulo Dybala celebrating after scoring during the UEFA Champions League quarter final first leg football match Juventus vs Barcelona, on April 11, 2017 at the Juventus stadium in Turin. Dybala has extended his contract with Juventus Turin with which he is now linked until 2022, announced on April 13, 2017 the Italian club. / AFP PHOTO / GIUSEPPE CACACE

Paulo Dybala has regained his goal scoring form just in time as champions Juventus tackle rivals AS Roma for top spot at Christmas in a clash which could prove decisive in the Serie A title race.

A slim four-point margin separates the leading quartet in the Italian championship with Napoli top with 42 points from 17 games, one point ahead of Juventus. Inter Milan are third a point back and Roma fourth with a game in hand.

Napoli will look to consolidate their lead against sixth-placed Sampdoria who have lost four of their last five matches.

But all could change again the following weekend with Juventus travelling to Verona, Napoli away at Crotone and Inter Milan hosting Lazio.

The winter break this year will start on January 6 so the honorific title of winter champions won’t be attributed until next month.

But a return to the summit would give the reigning six-time champions a psychological edge as did Dybala who ended his goal drought in Juventus’ 2-0 Italian Cup win over Genoa midweek.

“He needed a good performance, but above all a goal, as it can help him find some calm and confidence, but it’s not as if he ever truly lost his way,” said coach Massimiliano Allegri of the player nicknamed “The Jewel”.

Roma, meanwhile, are also in need of a boost after crashing out of the Italian Cup 2-1 at home to Torino.

But Juventus winger Douglas Costa is expecting a backlash from the Romans who have the tightest defence in the league.

“It’s true they lost in the Italian Cup but we’re not expecting the same team on Saturday,” warned Costa.

Inter Milan, reeling after last weekend’s shock home defeat to Udinese, travel to struggling Sassuolo looking to keep in touch with the leaders before tackling fifth-placed Lazio the following weekend.

– Struggling Milan cancel Christmas –
All eyes will be on AC Milan and new coach Gennaro Gattuso whose side cancelled their annual Christmas dinner after last weekend’s 3-0 loss at lowly Verona.

The club denied rumours early this week that Gattuso had offered to resign but confirmed their players have been sent to a training camp until further notice.

Milan are currently 14 points adrift of the top four and their target of Champions League football next season.

The sacking of Vincenzo Montella has not improved fortunes at the Chinese-owned club with former Milan midfielder Gattuso picking up just four points from his three league games in charge.

Milan will face Atalanta on Saturday with both sides on 24 points, three off Sampdoria who, in sixth, occupy the final Europa League qualifying berth.

On December 27, they play Inter Milan in the quarter-finals of the Italian Cup, and three days later travel to Fiorentina in Serie A.