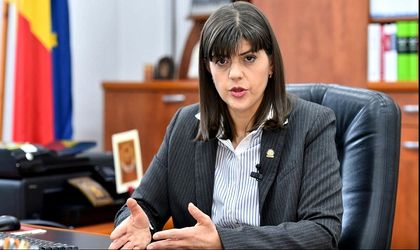 Romanian authorities indicted Kovesi for corruption on Thursday, ordering her to report regularly to police in Bucharest and seek permission to travel.

She led the country’s anti-graft agency until the Social Democratic government fired her in July 2018.

In February, EU lawmakers selected her as their favourite candidate to become the bloc’s chief prosecutor, tasked with investigating and prosecuting EU budgetary crimes, such as fraud, corruption or serious cross-border value-added tax (VAT) fraud.

“It is crucial that all selected candidates are treated fairly in the course of this process,’’ commission spokesman Margaritis Schinas said, without specifically naming Kovesi.

Romania must “fully respect the principle of sincere cooperation’’ enshrined in EU treaties, he added. “All candidates need to be able to participate in all steps of this election procedure unhindered.’’

On Friday, Kovesi told police that she was being politically persecuted.

The charges against her are seen as dubious, as they are based on testimony from a former lawmaker, who fled to Serbia.

Government critics say Kovesi’s firing in 2018 was timed so that the government could push through a judicial reform to weaken her push against public corruption.

Kovesi and her agency had earned praise from the EU for investigating and trying thousands of officials.

In recent months, the commission has criticised Romania, which currently holds the rotating EU presidency, for backsliding on commitments to uphold judicial independence and tackle corruption.