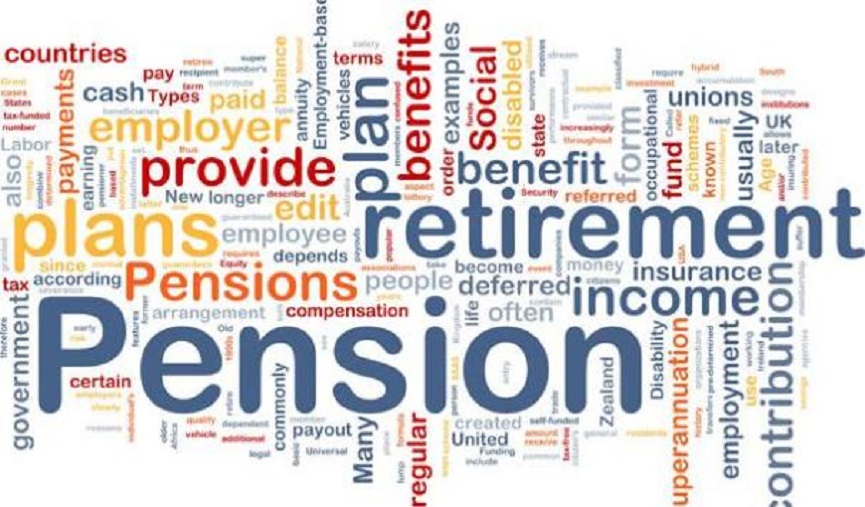 The Contributory Pension Scheme, CPS, was introduced in 2004 by the then President Olusegun Obasanjo’s administration in order to address the problems of late payment of pensions and gratuities to retirees. The CPS established via Pension Reform Act, 2004, covered both the public and private sector workers.

For federal workers, the CPS is compulsory since inception, while some states are implementing the scheme.

However, the problems associated with the old scheme had started to rear its ugly head. Under the CPS, retirees are supposed to be paid their entitlements three months after retirement. That was so at the initial stage, but not now.

In addition, the monthly pension is nothing to write home about, which had necessitated calls for a review of the scheme.

Federal workers that retired from service in 2020 under the CPS, only started receiving the entitlement in 2021.

Ahmed Dada, who retired as an Assistant Director on Jan. 8, 2020, from a parastatal agency under the Federal Ministry of Information and Culture, after 28 years in service, was paid his gratuity few weeks ago.

He said that the 13 months of waiting without salary was not easy.

Mr Dada said that as a result of the delay, what ought to be a comfortable life after public service is now usually greeted with fear.

“For instance, it took me 13 months to receive my retirement benefit. At the peak of my travail of retirement, I became a borrower and sorrower and even made unsuccessful attempts to sell my car to feed my family.

“Thank God for a loving, understanding and cooperative wife and children.

“However, the bitter experience I went through before I could access my retirement is better said than experienced.

“Besides the unjustified delay in paying pension entitlements, the take home of an average retiree in the federal service, particularly from the rank of deputy director downward, is nothing to write home about.

“It is simply unimaginable to realize that an assistant director who was receiving say about N240,000 per month while in public service, now receives a paltry N55,000 monthly, depending on step.

“This is another nightmare for retirees in this category,’’ he said.

Mr Dada said that to make life worth living after retirement, the Federal Government should take a second and critical look at the entire pension policy.

“There must be timely payment of pension to those concerned, to enable them enjoy their life and have a sense of fulfilment and belonging that they served their fatherland and get commensurate remuneration for their meritorious service.

“There should also be increased monthly pension for retirees.

“The idea of the Federal Government paying the remaining amount after the lump sum without subsidizing it to beef up pensioners’ monthly take home, is not the best for the senior citizens of Nigeria.

“A Federal Government worker, who retired with the last salary payment of say N250,000 monthly, should receive at least N150,000 or more as pensioner, depending on the step and other variables.

“Once a worker knows that when he or she retires, there will not be any delay in the payment of his or her entitlement, he or she will not indulge in corrupt tendencies such as changing the date of birth and embezzlement of public funds among others,’’ Dada emphasized.

An unsigned article, circulated sometime in the social media, had echoed the issues raised by Dada and other stakeholders.

It also drew attention to the perceived exploitation of retirees by Pension Fund Administrators (PFAs).

They gave an example of what they said should be addressed.

The document titled: Pension Fund Administrators Are Exploiting Us, states inter alia: “After attaining the age of 60 or spending 35 years in service, gathering all types of experiences, PFAs still term you as novice; you don’t know how to handle your hard earned entitlements.

“I will make a simple illustration here: Mr A retires at 60 and has N20 million as his savings. He accesses 50 per of the N20 million which equals N10 million.

“If Mr A will be allowed to have his total sum of N20 million, ceteris paribus (all things being equal), he could invest in the money market or government treasury bills.

“Currently and authoritatively, N20 million can fetch up to a maximum of 15 per cent per annum on a span of four consecutive 90 days tenor.

“The sum given to an average pensioner is not up to the interest the administrators make on his/her savings.

“This manipulation/exploitation made PFA among the most lucrative businesses in Nigeria.’’

It was based on this reality, that people like Dada and other stakeholders want the Federal Government to review the CPS in order to give it a human face.

The Federal Government is aware about the delay in the payment of entitlements to retirees under the CPS.

The delay is as a result of non-release of money (to fund the accrued right) to cover the period before the commencement of the Contributory Pension Scheme.

Accrued right is a term used to describe what the Federal Government owes its workers who have been in service before the commencement of the Pension Reform Act, 2004 (which was reviewed and re-enacted in 2014).

This means that there are two components of benefits paid to Federal Government retirees who transited to the CPS: the contributions accumulated in their Retirement Savings Accounts (RSAs) and the retirees’ accrued pension rights earned before they transited to the CPS.

For a Federal Government retiree entitled to accrued pension rights to have access to his or her RSA, the Federal Government must pay the accrued rights and same is consolidated with the contributed savings in the RSA before access it is granted to the retiree.

The Federal Government must pay the retirees their accrued rights before the total benefits can be paid out.

To redress the problem of delay in the payment of entitlements to retirees, President Muhammadu Buhari had directed the Minister of Finance, Budget and National Planning, to appropriate and release in full N62.83 billion to clear backlog of accrued pension rights of retirees in the next three years.

He directed the Budget Office of the Federation to include N12.83 billion, N25 billion and another N25 billion in the budgets of 2020, 2021 and 2022 respectively, to settle the outstanding accrued pension rights of Federal Government employees.

The president also further directed the finance minister to ensure that the funds are fully released upon passage of the relevant Appropriation Bills.

He also directed the minister to ensure that “adequate provisions are made in the annual appropriation for accrued pension rights and funds are fully released upon approval of the budget”.

Regrettably, in spite the presidential directive, the delay lingers.

Stakeholders are of the view that payment of gratuity and pension should not be unduly delayed because of inability to release funds under the accrued right.

Morayo Omolade, who retired from the Federal Public Service on Aug. 25, 2019, but paid his entitlements in October, 2020, said retirees should be given lifeline immediately after retirement.

He suggested that retirees should be given momentary lifeline from their personal savings, pending release of funds by the government.

He said that since the Pension Act did not envisage this delay, the law should be amended to reflect the reality.

“The situation is precarious; you know for state workers that had not joined the CPS, they start receiving pension immediately, while payment of gratuity commences later.

“Something should be done to check delay in the payment of entitlements under the CPS.

“After all, the CPS was introduced by the Olusegun Obasanjo administration to solve the problem associated with the old pension scheme, characterized by endless wait by retirees for the payment of their retirement benefits.’’

The concern raised by stakeholders is germane and should be addressed. The CPS established to solve a problem should not become another problem.